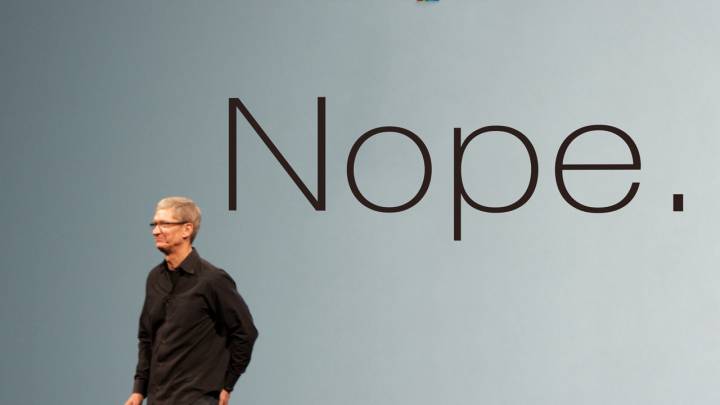 There’s certainly no love lost between Apple and Spotify as the rivalry between the two companies came to a head earlier this week. Spotify’s general counsel, if you recall, recently lambasted Apple for refusing to approve Spotify’s latest app update because the app does not make use of Apple’s proprietary billing system.

In a scathing letter sent to Apple general counsel Bruce Sewell on June 26, Spotify said that Apple’s actions might run afoul of antitrust law and that Apple is using the “App Store approval process as a weapon to harm competitors.”

Never mind the fact that any and every app on the App Store that relies upon subscription pricing has to utilize Apple’s billing system. Furthermore, the App Store is Apple’s playground and they get to determine the rules. And as if that weren’t enough, recall that Apple ahead of WWDC announced that it was adjusting the revenue split on long-term subscriptions from 70/30 to 85/15.

In the wake of Spotify’s letter, Apple has fired back with a letter of its own that has since been obtained by Buzzfeed.

“We find it troubling that you are asking for exemptions to the rules we apply to all developers,” Sewell said, “and are publicly resorting to rumors and half-truths about our service.”

Apple later points out that the work in creating and maintaining the App Store is no small feat and that the company’s digital marketplace is not simply something developers can take advantage of without playing by the rules.

“Our investment in the App Store is not trivial,” the letter reads, “any great retailer will tell you there is an incredible amount of effort that goes into maintaining their store. However, if a customer chooses to sign up for a digital product outside of the App Store the developer does not pay us anything, and their content will still work on Apple devices. To imply that Spotify should not have to pay to avail itself of the benefits of Apple’s hard work, just as every other developer does, would give you a tremendous advantage over other developers. It’s simply unfair and unreasonable.”

Now is Spotify being extremely unreasonable here? It’s hard to say. Note the following excerpt from a Recode report which doesn’t paint Apple in the most favorable light.

[Spotify] has used Apple’s billing system for years, but passed on Apple’s fee to customers by charging $13 a month instead of the $10 a month the service sells for outside Apple’s store. Last year, after Apple launched its own music service, Spotify became more vocal about encouraging users to pay for the service outside of iTunes.

Last fall, Spotify started a new end-run via a promotional campaign offering new subscribers the chance to get three months of the service for $0.99 — if they signed up via Spotify’s own site. This month, Spotify revived the campaign, but Gutierrez says Apple threatened to remove the app from its store unless Spotify stopped telling iPhone users about the promotion.

Apple’s full letter to Spotify can be viewed via the source link below.