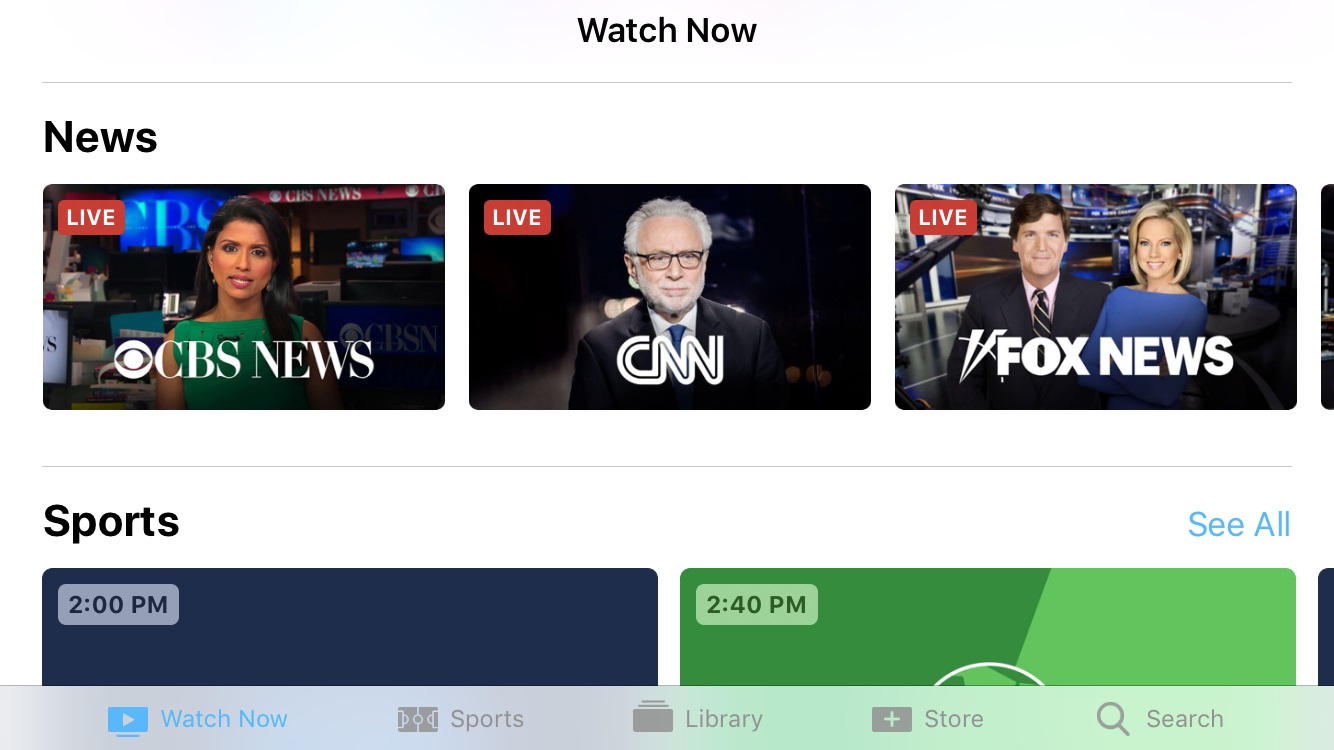 Apple’s TV app got an upgrade this week as a dedicated section for live news has been added to the front page. First teased during Apple’s keynote last September, the News section on the app offers quick access to a variety of live stations, including CBS News, CNN, Fox News, Cheddar, CNBC and Bloomberg.

When you tap on one of the icons, your device will attempt to redirect you to the app for that network. If the app hasn’t been installed on your phone, tablet or , you will be prompted to install it from the App Store. Once the app is installed, your device will use your single sign-on information to log you in.

In addition to the new section on the TV app, Apple has also added Siri functionality that will allow users to access the live streams via voice commands. For example, once you have the CNN app installed on any iOS or tvOS device, you can activate Siri and say “Play CNN” to bring up the stream without having to tap on any apps.

The News section is the latest addition to the Watch Now tab of the TV app, but it isn’t the first. Last November, Apple rolled out a Sports section that direct users to upcoming live sporting events. There’s also a section dedicated to the PyeongChang 2018 Winter Olympics, which can be streamed from the NBC Sports app throughout the next few weeks. Slowly but surely, the app is becoming a comprehensive hub for live TV.