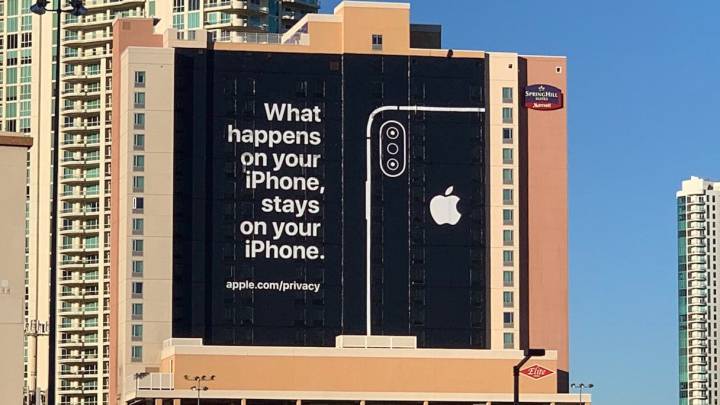 With CES right around the corner, we’re just a few days away from being bombarded with all sorts of new and quirky tech gadgets that may or may not have any practical use. And while it’s undeniably true that CES isn’t as influential as it once was, many companies still opt to show off their latest and greatest technologies at the annual tech conference.

Apple, as in years past, won’t have a formal presence at CES. This of course shouldn’t come as much of a surprise given that Apple isn’t keen on sharing the stage or spotlight with anyone. That notwithstanding, Apple is using the media circus that is CES to tout the security benefits of the iPhone to conference-goers and anyone else who happens to be strolling around the Las Vegas strip area.

Originally spotted by Engadget’s Chris Velazco (via Twitter), Apple this week paid for a billboard with a tagline that reads: “What happens on your iPhone, stays on your iPhone.” The ad, naturally, also includes a link to Apple’s privacy page where Apple explains why it believes “privacy is a fundamental human right.”

Apple’s privacy page essentially provides a high-level overview detailing the various measures Apple implements in order to keep a user’s private data secure from prying eyes, an approach which includes encrypted iMessages and FaceTime calls. Apple also makes a point of noting that it does not gather personal information and sell it to advertisers.

While Apple won’t be at CES in an official capacity, Apple in the past has sent scores of engineers and representatives to CES to scour the floor and check out new and emerging technologies.