The iPhone took in 51% of global smartphone revenue over Christmas 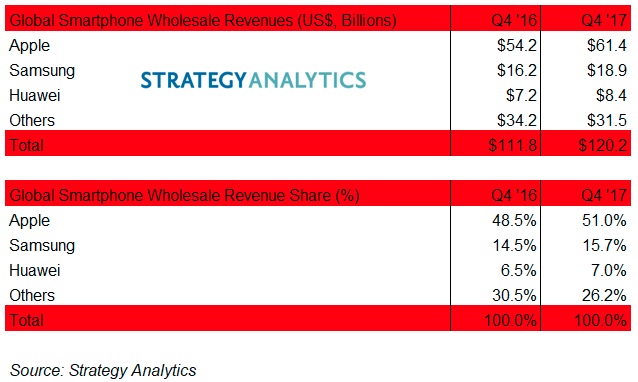