What happens when you combine an iPhone 8 dummy unit built using schematics that supposedly leaked from Foxconn and a leaked iPhone 8 screen protector with a little bit of creativity? If recent rumors and speculation wind up panning out, you might end up with a glimpse of almost exactly what Apple’s upcoming new iPhone 8 will look like when it’s unveiled later this summer.

Budding graphic designer Benjamin Geskin has been one of the most prolific sources of potential iPhone leaks so far this year. While his early attempts to spill the beans on Apple’s upcoming new iPhone are believed to have largely been misinformation, his more recent leaks are in line with what we’ve heard and read from other sources. As such, his renders and mockups likely bear a close resemblance to the tenth-anniversary handset Apple will unveil this coming September.

We’ve seen plenty of iPhone 8 dummy units already, and they’re believed to have been crafted based on actual iPhone 8 schematics that leaked from Foxconn. We’ve also seen leaked screen protectors that reinforce the idea that Apple’s iPhone 8 display will have a potentially hideous, though not unsalvageable display design.

Since we know what the housing probably looks like and we have screen protectors that likely resemble the iPhone 8’s front side, Geskin sandwiched a photo between them and gave us our potential first taste of what the iPhone 8 will look like when it’s powered on. 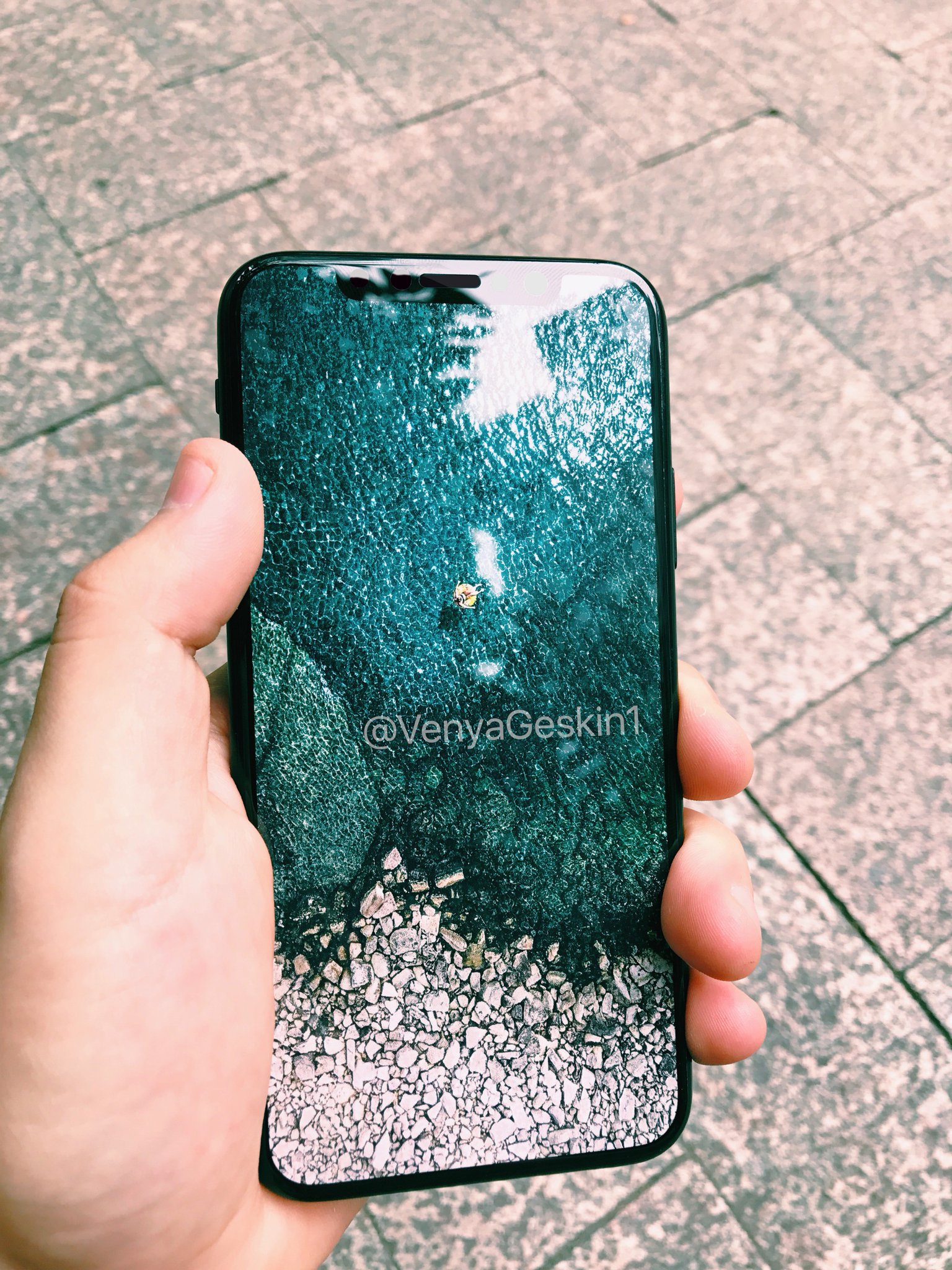 That cutout at the top of the screen where the ear speaker, cameras, and sensors are located still looks positively hideous, and we’re hoping Apple uses a solution like the one we described rather than the layout seen in the photo above. There are still nearly three months to go until Apple actually unveils the iPhone 8 though, so we’ll undoubtedly learn more in the coming weeks as details continue to leak. After all, Apple can’t even keep its secret war on leaks from leaking.