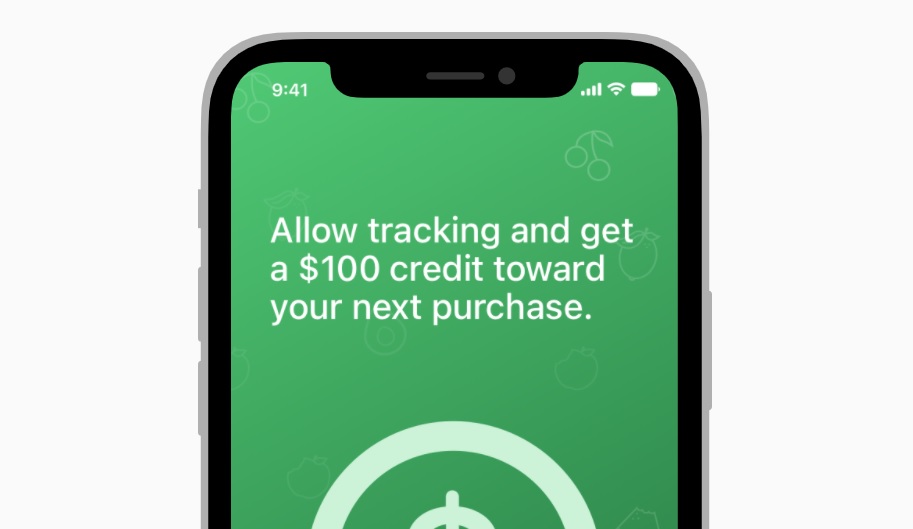 Apple finally rolled out iOS 14.5 to the public on Monday, marking the official introduction of the all-new App Tracking Transparency feature which requires apps to ask for users’ consent in order to track them. This will undoubtedly have an effect on the bottom line of many apps, which might incentivize some developers to gently nudge app users in the direction of allowing themselves to be tracked by offering them some kind of reward.

Apple, on the other hand, doesn’t want developers to offer incentives for allowing tracking. In an update to its Human Interface Guidelines, the company has informed developers that their apps could be banned or rejected from the App Store if they attempt to compensate users for granting their request to track them.

“Never precede the system-provided alert with custom messaging that could confuse or mislead people,” the update warns. “People sometimes tap quickly to dismiss alerts without reading them. A custom messaging screen that takes advantage of such behaviors to influence choices will lead to rejection by App Store Review.”

Apple then provides several examples of unacceptable custom messages about the benefits of tracking:

Apple wants to give developers a chance to explain to users why allowing an app to track them might be beneficial, but it’s a very fine line between being informative and pushing users in one direction or another. If Apple believes an app is out of step with these instructions, it could be removed from the App Store.

On its face, this appears to be yet another step in the right direction to protect customer data by ensuring that users won’t be tricked or persuaded into allowing themselves to be tracked, but it also poses an interesting question. If the user is willing to allow tracking, and it benefits both the developer and the users, shouldn’t that be the user’s choice? Apple has the right to control its platforms how it pleases, but if the users understand the consequences of allowing tracking and are willing to go through with it in order to help out the developer, receive additional benefits, or both, why can’t they make that decision themselves? This rule might need a second look.