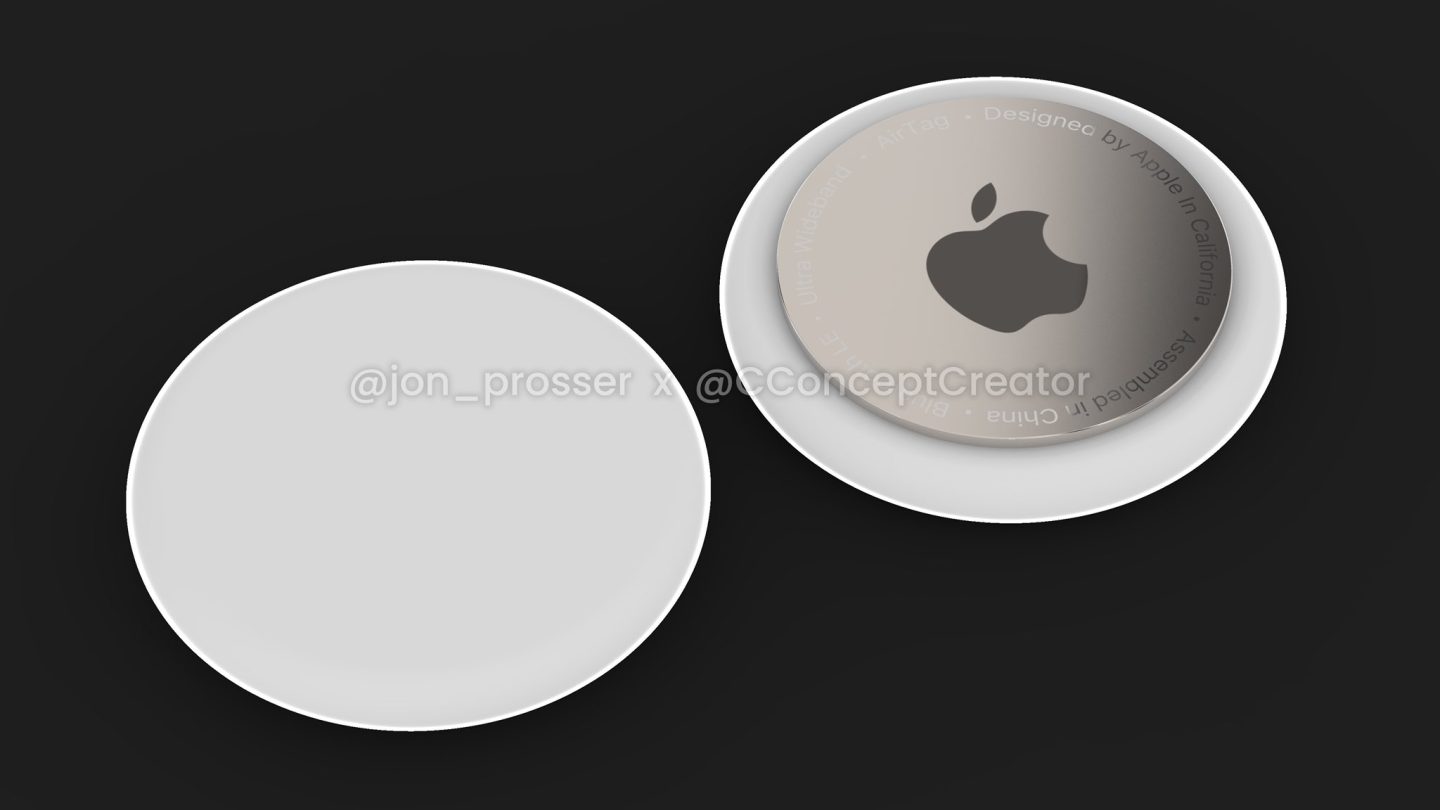 On Tuesday, September 15th, Apple will host its first big hardware event of 2020. Of course, it will be a virtual event, as the novel coronavirus pandemic is preventing companies from holding events with anyone present, but it should be a noteworthy occasion nevertheless, as multiple major product lines are expected to be represented. According to the latest leaks and rumors, the Apple Watch Series 6 and at least two new iPad models are all but guaranteed to debut on Tuesday, and according to Jon Prosser, Apple might have a surprise or two in store as well.

In a new episode of Front Page Tech, host Jon Prosser said that Apple’s oft-rumored security tags, which are said to be called AirTags, are done “in terms of production schedule […] and could possibly be announced” at Apple’s Time Flies event on Tuesday. Prosser also shared 3D renders of the AirTag’s supposed final design.

As Prosser explains, he was sent a video of the AirTags which he is unwilling to share in order to protect the source, but teamed up with Jermaine (@CConceptCreator) on Twitter to recreate renders of the device that accurately mirror what he saw in the original video. You can see those renders above or in the YouTube video below:

Much like Tile’s popular trackers, AirTags are used to keep track of devices other than your iPhone and iPad. You can slide one into your wallet, attach one to your keychain, or slap one on your laptop. If you ever lose track of the item in question, you can use the Find My app on your phone or tablet to search for the AirTag.

We’ve heard about AirTags for years, but it sounds like Apple is finally ready share them with the public. Prosser says that they are “a tad larger than a bottle cap” — small enough to stick pretty much anywhere. The front of the AirTag is stark white without any logos or indication of what it is, while the back has a metal plate with an Apple logo and some important information about the device. AirTags will also utilize ultra-wideband radio technology for incredibly precise tracking, which should allow you to locate your lost items no matter where they are.

Finally, if you’re wondering how you’re supposed to clip a solid disc to any of your valuables, Prosser says that Apple will sell a keychain separately. That’s right; if you want to attach your AirTags to your keys, Apple will sell you a small leather pouch with a keychain on it. This also opens the door to third-party accessories for you to store your AirTags in, but it is somewhat bizarre, considering that Tile’s tags are premade to stick on your key ring.