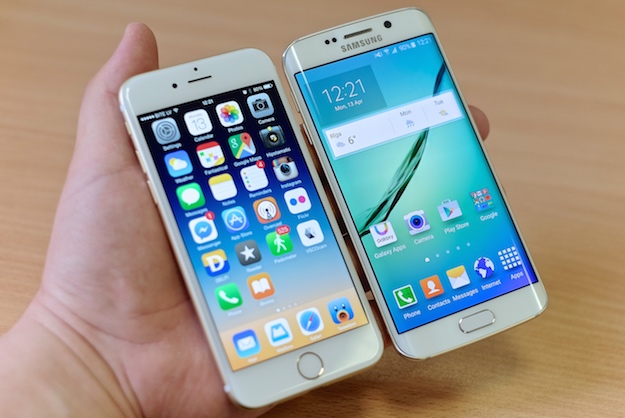 Apple is the only smartphone vendor in the world that can sell boatloads of iPhones every year, and new research shows that plenty of new iPhone buyers come from Android. Each quarter, anywhere from 15% to 20% of new Apple customers upgrade from Android to iPhone.

The iPhone X may be expensive, but people who come from Android don’t necessarily go for priciest iPhone at first. In fact, Apple has a bunch of iPhones in its line up, starting as low as $349.

According to Consumer Intelligence Research Partners(CIRP), Android owners who switch to iPhone tend to power lower-priced iPhones. Android owners are more likely to buy an iPhone SE than existing iPhone owners who purchase a new handset from Apple.

The iPhone X, meanwhile, is an upgrade that’s more popular with existing iPhone users than Android owners. But the research shows that users are as likely to buy a “Plus” model than iPhone owners. It’ll be interesting to see whether buyers who come from Android will be tempted to buy the iPhone X Plus this fall, a device that will feature a screen even bigger than what the Galaxy Note 9 will have to offer.

That handset, however, will also become Apple’s most expensive new iPhone, replacing the first-generation iPhone X. And CIRP’s research shows that Android users, coming from an ecosystem that offers more affordable hardware, tend to gravitate towards cheaper iPhones at first.

However, Apple is expected to launch a 6.1-inch iPhone X handset that might be even cheaper than the iPhone 8.

In the March 2018 quarter, Apple sold 52.2 million iPhone units in total. Taking into account CIRP’s estimate that 15% to 20% of iPhone buyers in a given quarter come from Android, that means 7.83 million to 10.44 million iPhone sales went to switchers.

Apple is certainly going after Android users. In mid-April, the company released a bunch of iPhone ads targeting Android users that mimicked Mac vs. PC ads from the past.