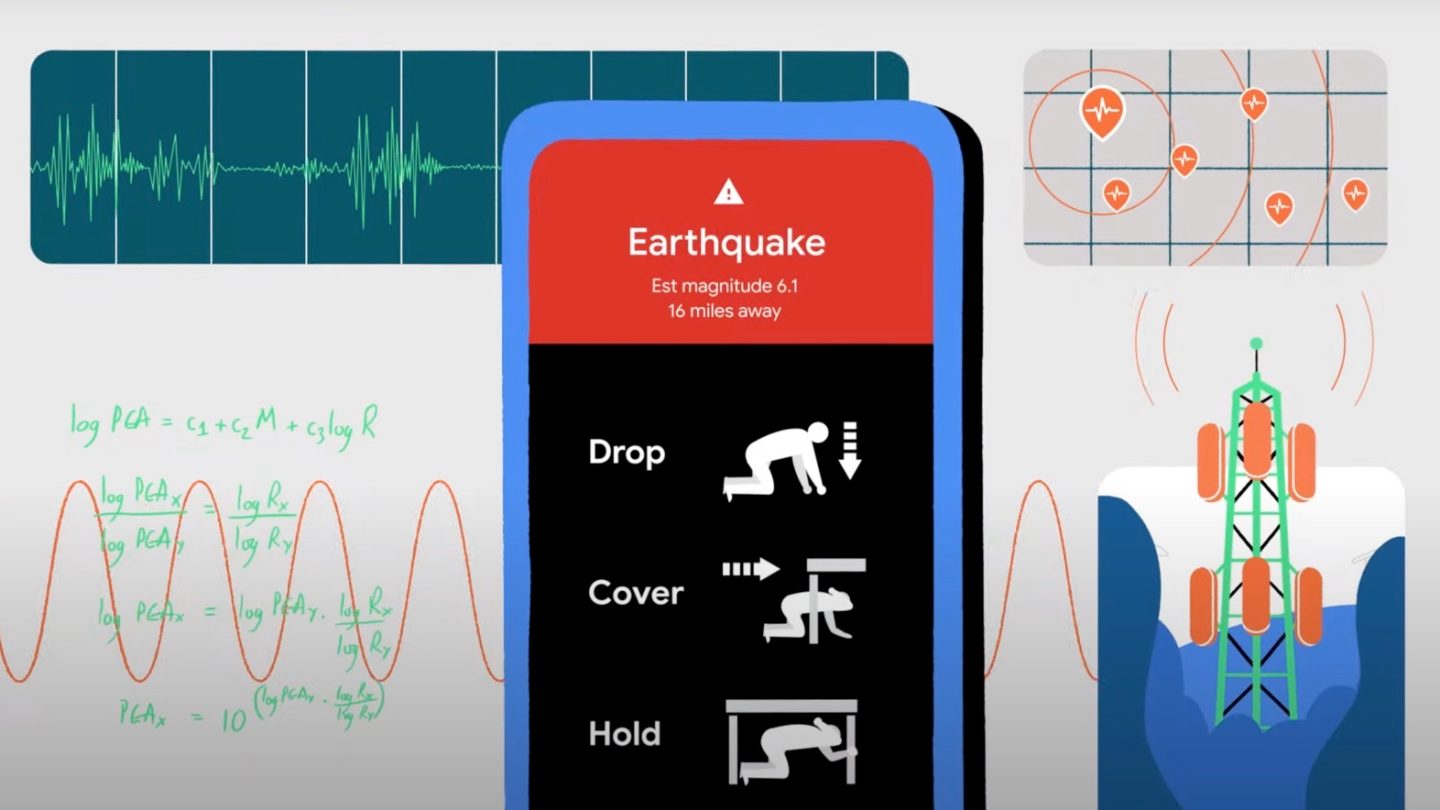 The increasing number of iPhones and other Apple devices in use allowed Apple to create a unique device tracking service. It can help users find lost phones, tablets, and other devices even if those gadgets are not connected to the internet or do not have enough battery life. Apple further leveraged this massive iPhone network to launch the AirTag tracker that can ping any nearby iPhone to send out location information about a lost object.

Google might not have the same control over the Android network to offer similar object-tracking functionality, but it has found a different way to leverage the massive number of Android devices out there. It’s using them to provide a unique service that will be incredibly useful in certain places. Google built an earthquake detection system on top of Android that could provide early warnings about local seismic activity and save lives. The service launched last year in California, and it’s now expanding to Greece and New Zealand.

Smartphones can detect earthquakes thanks to an internal component that’s found inside all these devices, regardless of the operating system. It’s called the accelerometer and it can pick up movement, including seismic waves that occur during earthquakes. Google’s Android-based earthquake detection system can complement the existing networks of seismometers, or replace them in areas where they’re not widely deployed.

The expansion to Greece and New Zealand also comes with a brand new upgrade to Google’s earthquake detection system. Google will handle everything involved with the process, from detecting the earthquakes nearby to informing users. Android devices will detect seismic waves. Google will analyze the data and then send out an early warning alert to users in the affected area. People will get the alerts automatically, but they can opt out of the service from within the phone’s Settings.

Google’s initial earthquake detection efforts included a partnership with the United States Geological Survey and the California Governor’s Office of Emergency Services to send alerts to Android users in California. Google collected earthquake data and then used it to provide information to users searching for “earthquake” or “earthquake near me” on their phones.

To work, the system has to have a large enough number of users willing to let Google use accelerometer data. It’s not immediately clear from Google’s announcement what the privacy implications are. Using connected devices to detect earthquakes is a smartphone feature that might save lives. But Google has had plenty of mishaps with user privacy and location data in the past. Here’s how Google describes the data handling process:

Early warning alerts in New Zealand and Greece work by using the accelerometers built into most Android smartphones to detect seismic waves that indicate an earthquake might be happening. If the phone detects shaking that it thinks may be an earthquake, it sends a signal to our earthquake detection server, along with a coarse location of where the shaking occurred. The server then takes this information from many phones to figure out if an earthquake is happening, where it is and what its magnitude is.

Google told The Verge last year that the information it collects is “de-identified” from users. “We don’t need to know anything about the person itself that’s sending it because that doesn’t matter,” Google’s Marc Stogaitis said, explaining that both the detection system and the earthquake alerts are opt-in.