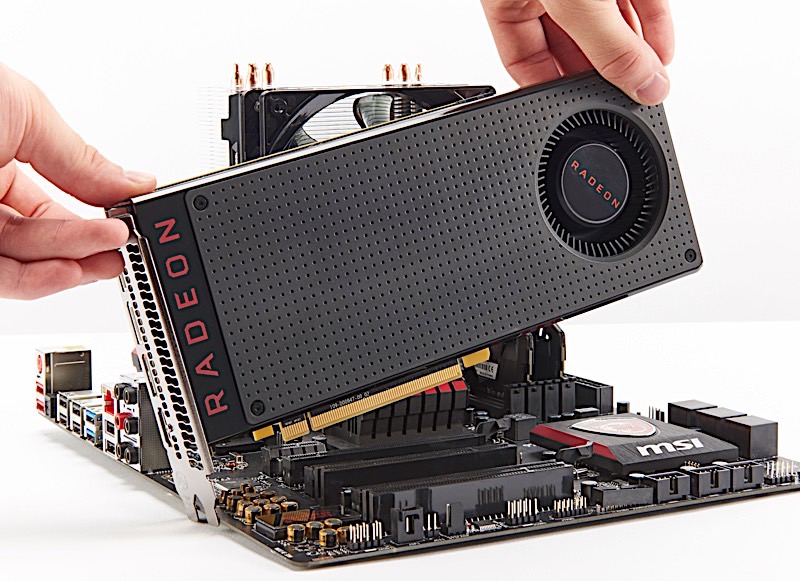 AMD at Computex 2018 unveiled what may turn out to be one of the most exciting GPU designs in town, the world’s first 7nm GPU, which packs as much as 32GB of high-bandwidth memory.

However, that product won’t really be available for purchase anytime soon, unless you’re in the business of developing machine learning (ML) and artificial intelligence (AI) products.

The Radeon Vega Instinct GPU in the following image sure looks like it could power desktop and laptop designs of the future. But, don’t be fooled by its looks. This one is going into workstations and server farms, per The Verge.

AMD is already sampling the new GPU and should start selling it by the end of the year. There’s no price for it for the time being.

That said, the fact that AMD has already created a 7nm GPU means that similar products targeting regular buyers may follow soon. AMD CEO Lisa Su said at the show that the technology will make its way into Radeon gaming graphics cards in the future. Su didn’t share a timeline, however. The first 7nm Radeon Vega Instinct will be ready to improve ML and AI tasks later this year.

AMD is already sampling the new GPU and should start selling it by the end of 2018. There’s no price for it for the time being.