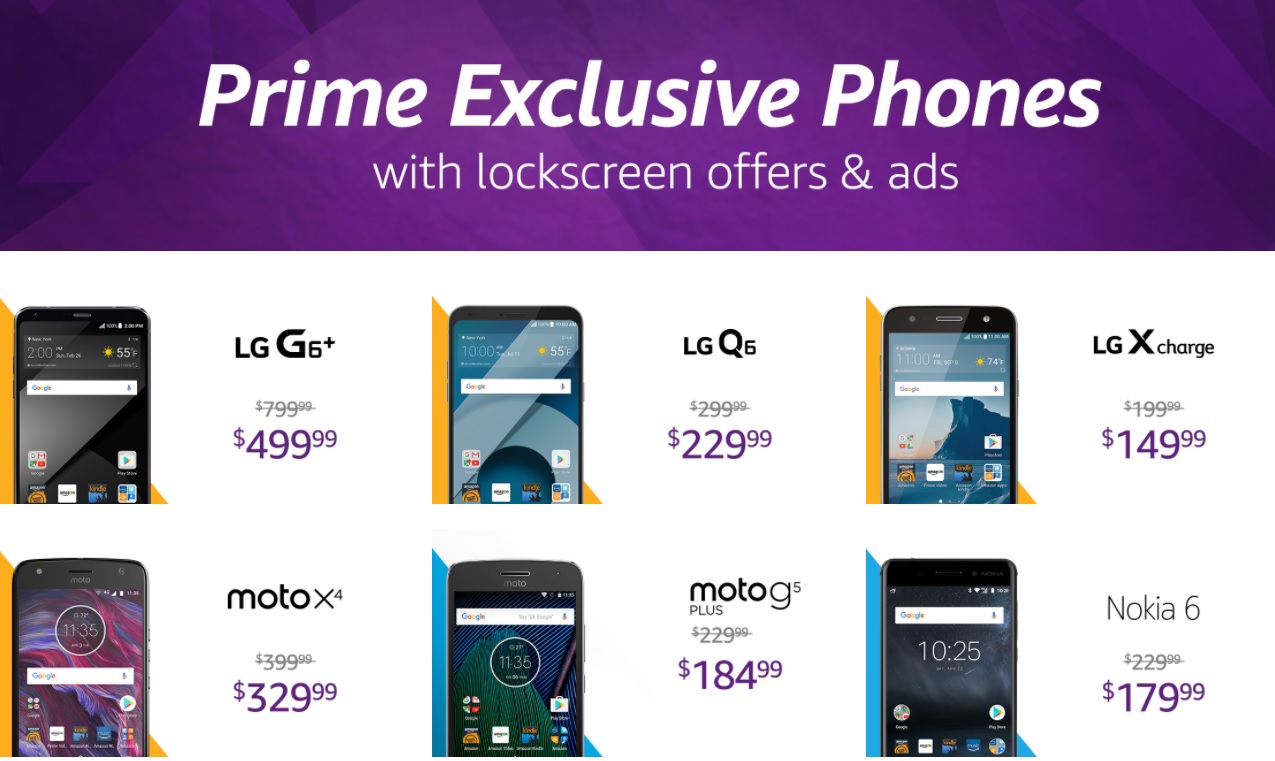 Amazon explains that the ads are being removed in order to “ensure customers can easily use features such as the phone’s mobile unlock technologies like facial recognition and fingerprint sensors, as well as be able to personalize device lockscreens with photos or wallpapers.”

Amazon launched the program back in 2016 with just two phones: the BLU R1 HD and the Moto G4. The program has since expanded to include phones from LG and Nokia, and there are currently seven phones available via the program on Amazon’s website. The phones are sold unlocked and at a discount, but customers had the option to remove the lockscreen ads with an additional payment. As of tomorrow, that will no longer be necessary.

But there will reportedly be a trade-off for the removal of ads and offers. Phone Scoop claims that the cost of every Prime Exclusive Phone will increase by $20 once the ad-free update goes into effect on February 7th.

That said, it’s still a great deal for anyone who is willing to put up with Amazon’s pre-installed apps and an Amazon widget that will continue to display ads (albeit not on the lockscreen whenever your screen lights up). At the very least, if you’re a Prime member in the market for a new phone, it’s worth a look.