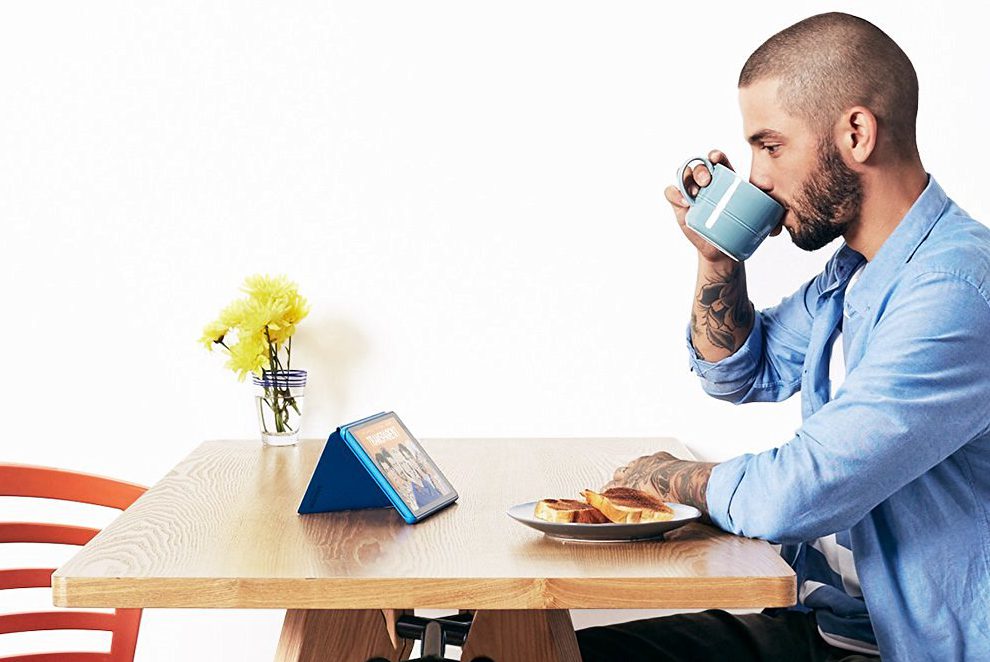 Amazon’s smart AI may have made its debut inside a Bluetooth speaker, but Amazon doesn’t plan a life of confinement for poor Alexa. The AI has already appeared inside third-party devices, but today, Amazon launched a new Fire tablet with Alexa onboard.

The new Fire HD 8 brings improved software and hardware to the party, when compared to Amazon’s previous generation. There’s 1.5GB of RAM rather than just 1GB, double the amount of built-in storage (16GB in the base model), and a bigger battery. The things that made the Fire HD 8 great — good speakers, decent screen, comfortable design — have remained the same.

There are still some limitations on the hardware front, though. The 8-inch display is still limited to 1280 x 800 resolution, not good enough for Full HD video and a big step down from an iPad or a Surface. The processor is a 1.3GHz model, and while Amazon describes it as “fast,” that only works if your reference point is dial-up.

Processor limitations (I’m guessing) mean that the Alexa support isn’t always on. You have to press the home button to trigger it, which is a little 2012 compared to Hey Siri and OK Google support that we’re all used to.

Luckily, the price singlehandedly makes up for all the downfalls. At $90 for the 16GB model, it’s difficult to find a functioning Android tablet for less. It’s also a good alternative if you’re thinking about buying a Kindle, but also want a device to watch movies.