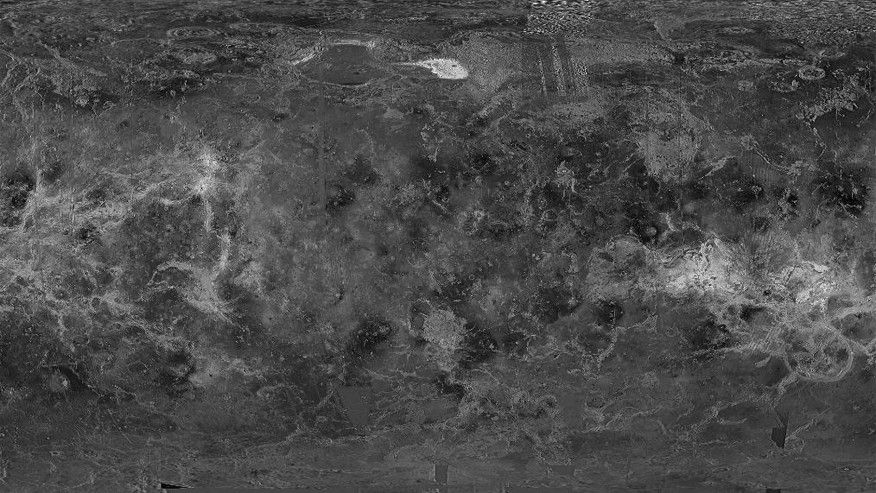 Space might very well be considered the “final frontier,” but according to alien hunters, intelligent life on Venus includes cities for its inhabitants.

A 20-minute Spanish-language video posted to YouTube by mundodesconocido magnifies and examines images of the planet taken by NASA’s Magellan probe.

The video applies 3D modeling to some of the images. In a post accompanying the video, mundodesconocido says the images reveal “huge cities, artificial structures and all kinds of elements that seem to obey constructions appear intelligent effected [sic] by some kind of alien race that inhabited or colonized the second planet in our solar system.”

Magellan launched on May 4, 1989 and began orbiting Venus on August 10, 1990. The spacecraft was sent to study the face of the planet and to model its interior.

Despite being referred to as the Earth’s “twin” and “sister planet” NASA describesVenus as “an Earth-sized planet with no evidence of Earth-like plate tectonics.” Magellan also revealed that at least 85 percent of Venus’ surface is covered with volcanoes. The planet has a surface temperature of 864 degrees.