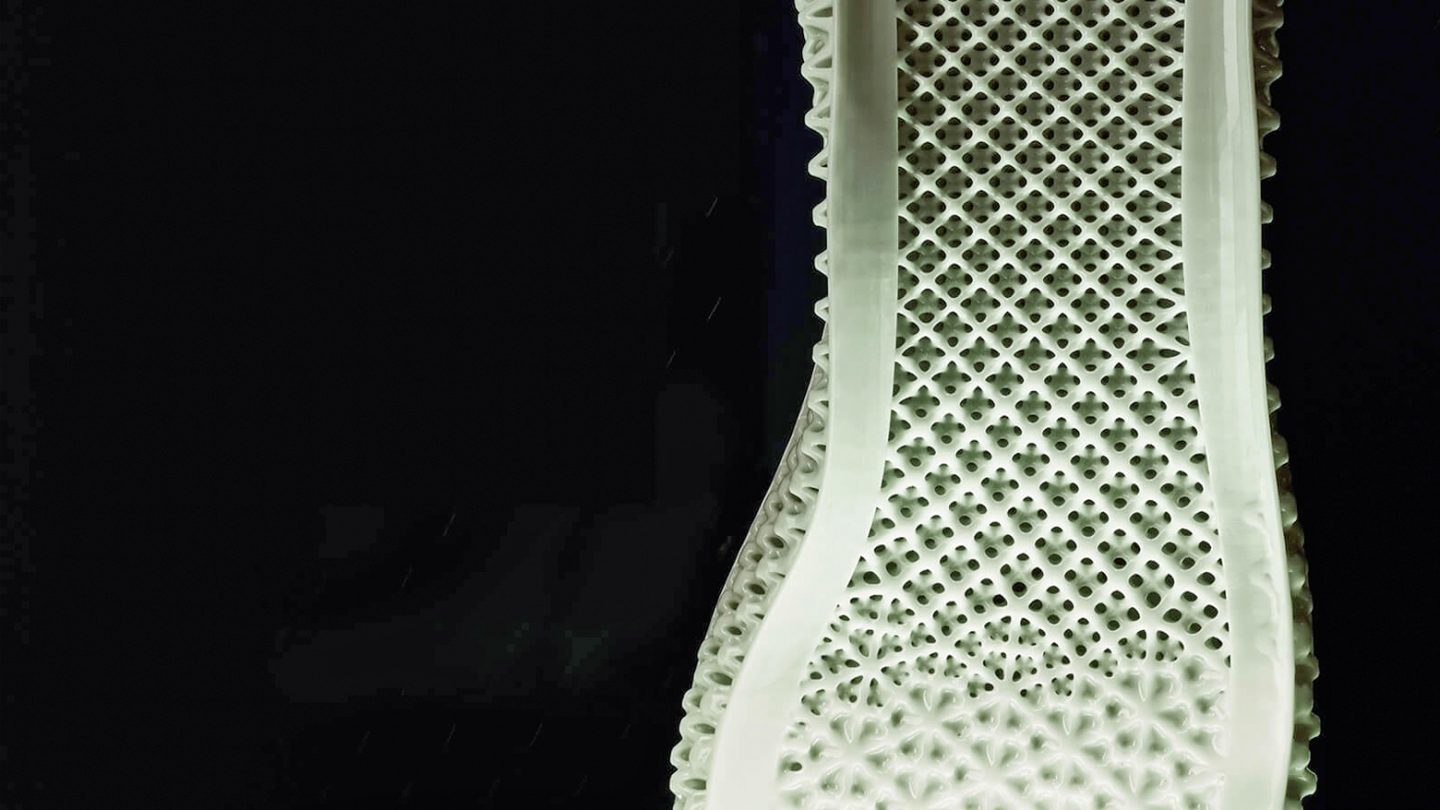 Back in the 1990s all it took to sell shoes was a celebrity — typically a sports star — to give them a half-hearted endorsement. That’s it. These days the footwear market is much different, and consumers dropping big bucks on name brand kicks demand some serious pageantry. Adidas is offering plenty of that and more with its new Futurecraft 4D athletic shoes which, according to the company, will lead to more customization in its apparel than was ever possible before.

Adidas buddied up with a company called Carbon that has developed a new kind of manufacturing process that it calls Digital Light Synthesis. It’s essentially the solidification of liquid materials using light and oxygen, producing a midsole for Adidas’ shoes that looks a bit like the 3D-printed versions it’s been toying with for a while, but is also extremely flexible and far more customizable.

The personalization aspect is something that Adidas is pushing very, very hard this time around, suggesting that thanks to this new manufacturing process it could feasibly create shoes of the same size, but for people of different weights. In one of several promo videos showing off the Futurecraft 4D shoes, Adidas engineer Jaques Perrault gives the example of creating a two pairs of size nine shoes, but one pair for someone who is 100 pounds, and one pair for someone who is 180 pounds. “They have got to be different,” Perrault says.

The companies aren’t quite ready to release the shoes yet, however, as it plans to launch the Futurecraft 4D this coming fall in a relatively small batch of 5,000 pairs. However, there are tentative plans to ramp up production to over 100,000 pairs by the end of next year.