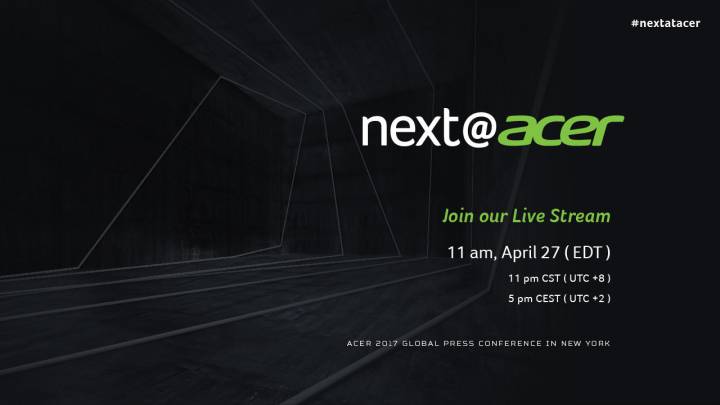 On Thursday morning, Acer will take the stage in New York City at its annual Next@Acer event to unveil a host of new products for 2017. We’ve embedded a live stream of the event below, so if you want to see what the company has in store for the new year, be sure to tune in at 8 AM PT / 11 AM ET.

Acer is keeping its 2017 product lineup under wraps until the event begins, but the company has been hinting at some of the upcoming reveals on Twitter over the past few weeks. Based on those tweets, it looks like we’re going to see a widescreen monitor, a mixed reality headset, a 2-in-1 computer, a 360-degree camera, some kind of wearable and a new entry into the Predator line of gaming PCs.

There are sure to be some surprises as well, so take an hour off work and tune in for Acer’s global press conference at 11 AM ET this morning. The VOD will appear below once the event concludes: