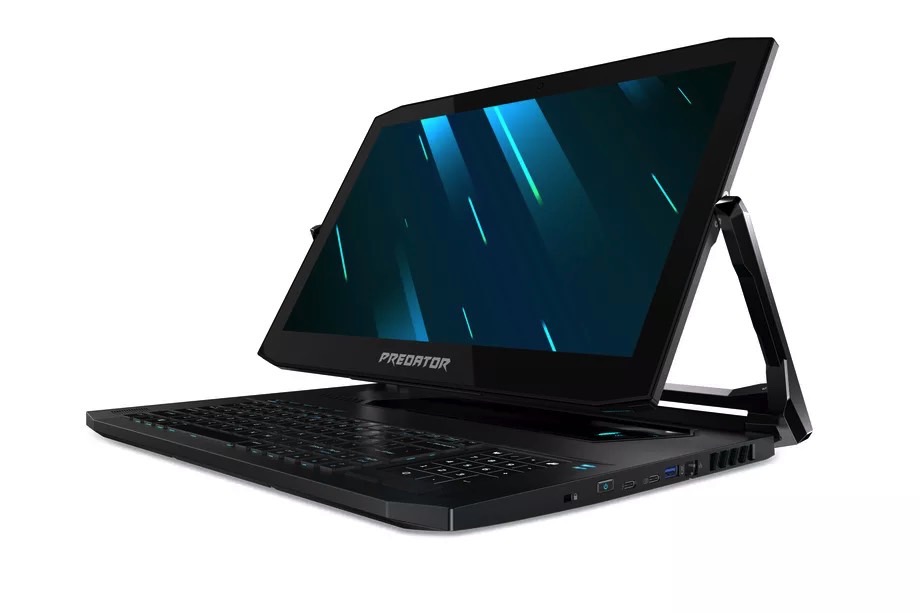 CES 2019 starts officially on January 8th, but some of the biggest announcements from this year’s trade show are already here, with a significant focus on gaming. No less than five companies unveiled brand new gaming laptops, including Acer, Alienware, Asus, Razer, and Samsung, while Nvidia announced the brand new GeForce RTX 2060 cards that will power some of these devices.

Perhaps one of the most interesting laptop design we’ve seen in a while, the Acer Predator Triton 900 (image above) was first shown around back in September at IFA 2018. The laptop features an interesting hinge mechanism that lets you adjust the screen angle, but also use the laptop as a tablet when its gaming powers aren’t needed.

When it comes to specs, the Triton 900 delivers top performance: 17-inch 4K touchscreen display with Nvidia G-Sync support, up to hexacore Intel 8th Gen Core i7 processor choices, up to 32GB of RAM, NVMe PCIe SSDs and Nvidia GeForce RTX 2080 GPU. Prices go all the way up to $3,999, with the Triton 900 launching in March.

A cheaper version called the Predator 500 loses the novel hinge mechanism, which is replaced by a regular 15.6-inch laptop screen. The device starts at $1,799.99 and launches this quarter. 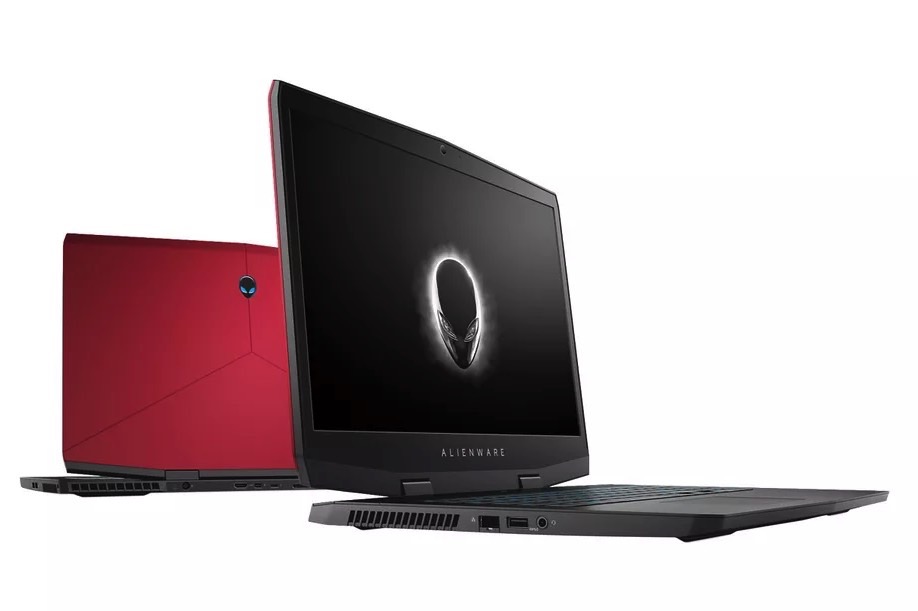 Dell’s gaming brand Alienware just unveiled (via Digital Trends) its thinnest and lightest 17-inch gaming laptop ever. The Alienware m17 is 23mm thick and weighs 5.79 pounds, so it’s still bulkier than most laptops. That said, the notebook packs a 17.3-inch display with either Full HD or 4K resolution, Intel 8th Gen Core i5, i7, or i9 processors, support for up to 32GB of RAM, dual SSD, and Nvidia GTX 1050 Ti or RTX 2060, 2070, and 2080 graphics cards.

Alienware has also updated the m15 gaming laptop, which will also get the new GTX cards from Nvidia, as well as support for Intel’s i9 chips. The smaller laptop will come in a UHD display option. 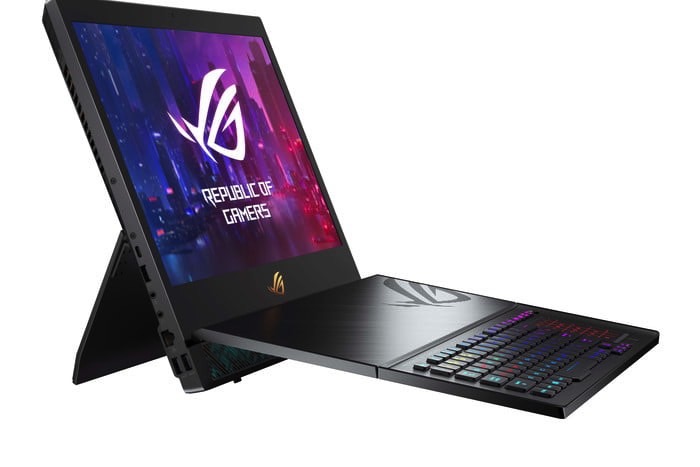 It’s not just Acer that’s toying with new gaming laptop designs. Asus just unveiled the ROG Mothership which is a Surface Pro on steroids, as you can see in the image above. The laptop is just as bulky as any other gaming model, but it’s the screen that’s thicker than expected. Just like Microsoft’s Surface Pro line, all the components are placed behind that 144Hz 17.3-inch Full HD screen

We’re looking at support for Intel Core i9 processors, up to 64GB of RAM, Nvidia GeForce RTX 2080 graphics with 8GB of memory, and 4-watt speakers.

Pricing and availability details aren’t available at this time. 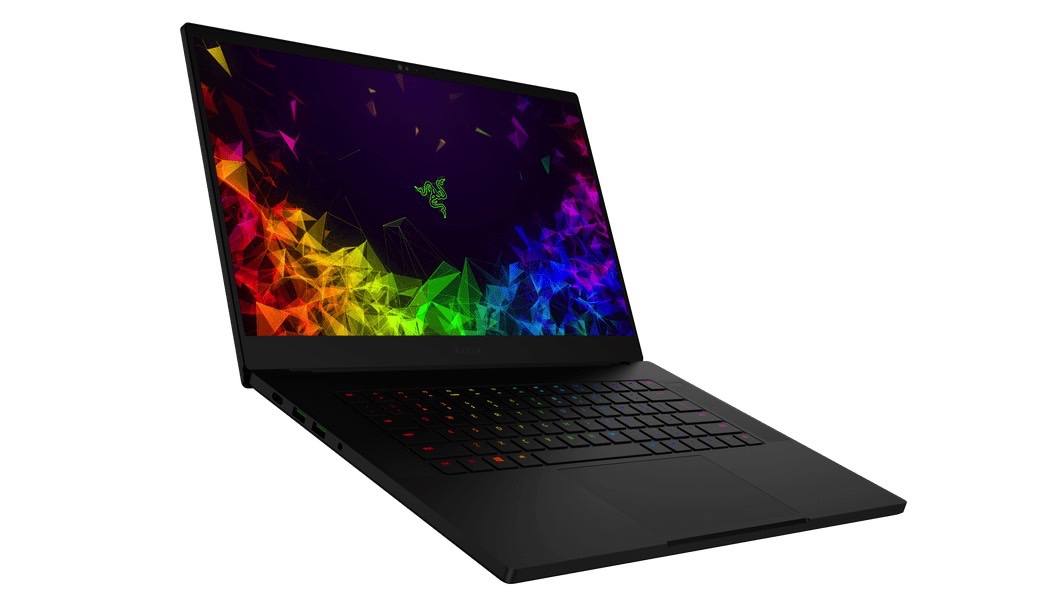 Razer only makes products that cater to gamers, so its laptops will always be of the gaming-friendly variety. At CES, Razer unveiled the new Razer Blade 15 Advanced Model, which is supposed to be the world’s smallest 16.6-inch gaming laptop. Just like all the other notebooks we talked about so far, the new Blade 15 supports Nvidia’s new GeForce RTX graphics, going all the way up to the 2080 version.

The cheapest model starts at $2,299.99 and will launch in various markets on January 29th, though prices go up to $2,999 depending on specs. 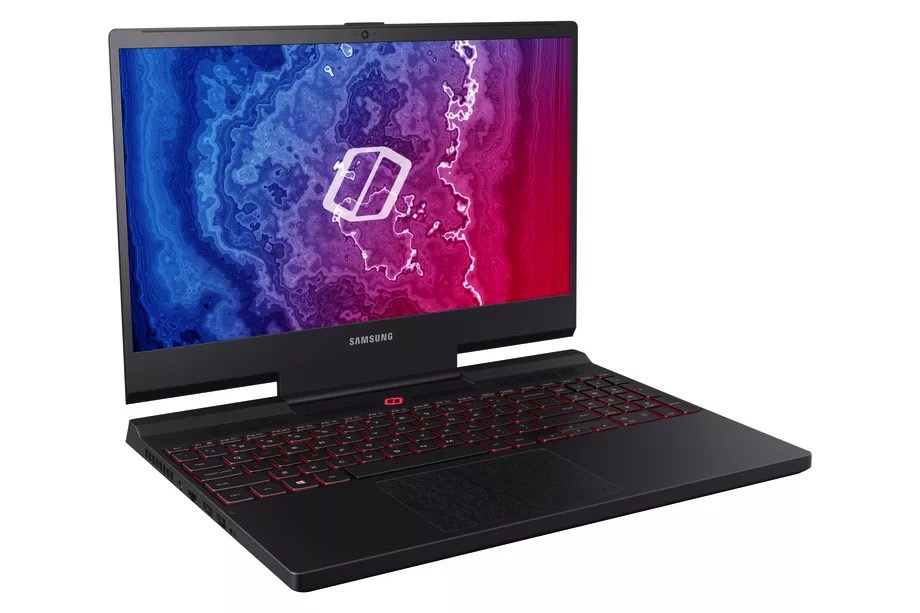 Samsung also unveiled a gaming laptop of its own, the Notebook Odyssey, which will be available later this year for an unspecified price.

The device packs an interesting hinge mechanism, as you can see in the image above, as well as specs that will let it compete against all the other models. We’re looking at a 144Hz 15.6-inch Full HD display, Intel 8th Gen Core i7 processors, Nvidia RTX 2080 GPU, 16GB of RAM, and 256GB NVMe SSD and 1TB HDD.