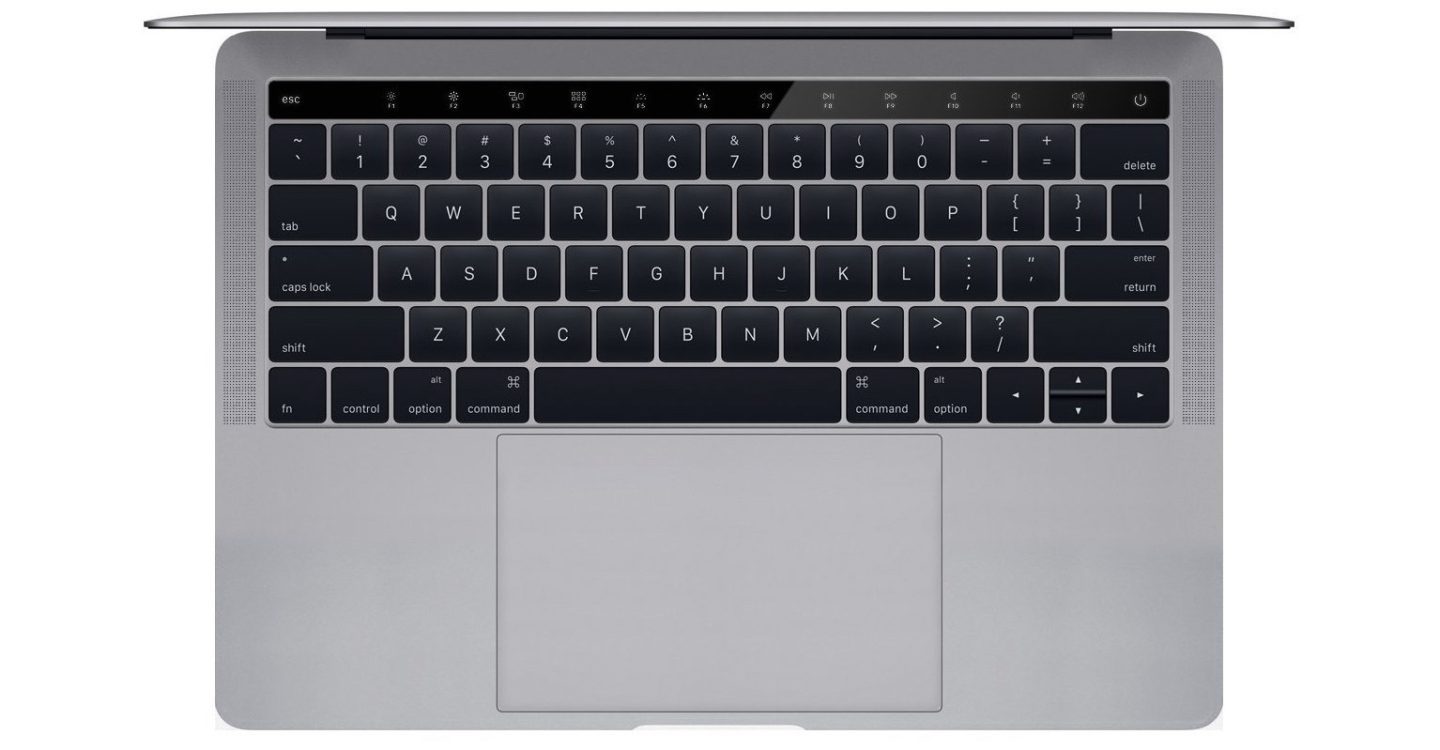 Apple is rumored to give its MacBook Pro a major makeover this year, with one of the new changes concerning the function keys that make the top row of the regular MacBook Pro keyboard. Rather than going with physical keys, Apple has reportedly opted for a secondary OLED display to replace the entire row. The design change is not official yet, though it has been spotted in leaked images. Furthermore, a concept image shows us how such a design would look like.

Apple’s 2016 MacBook Pro will reportedly be similar to the 12-inch MacBook when it comes to overall design. That means the laptops will be even thinner than before. Apple’s decision to replace the top keyboard row with an OLED touchscreen could help it both save space internally, but also give developers a way to create context aware shortcuts.

Imagined by a 9to5Mac reader, the images above propose a laptop design that’s inspired from the 12-inch MacBook. The MacBook Pro has what looks like a keyboard that features the new butterfly switch mechanism from the 12-inch laptop. The device also features a bigger trackpad, and speakers flank the keyboard.

The OLED screen shows an Esc virtual button, as well as the same “fn” shortcuts currently present on the top row of a MacBook Pro’s keyboard.

Apple is expected to unveil its 2016 MacBook Pro line at some point in the second half of the year. Apple will unveil the next major update for Mac OS X on June 13, during the opening keynote of its annual WWDC event.