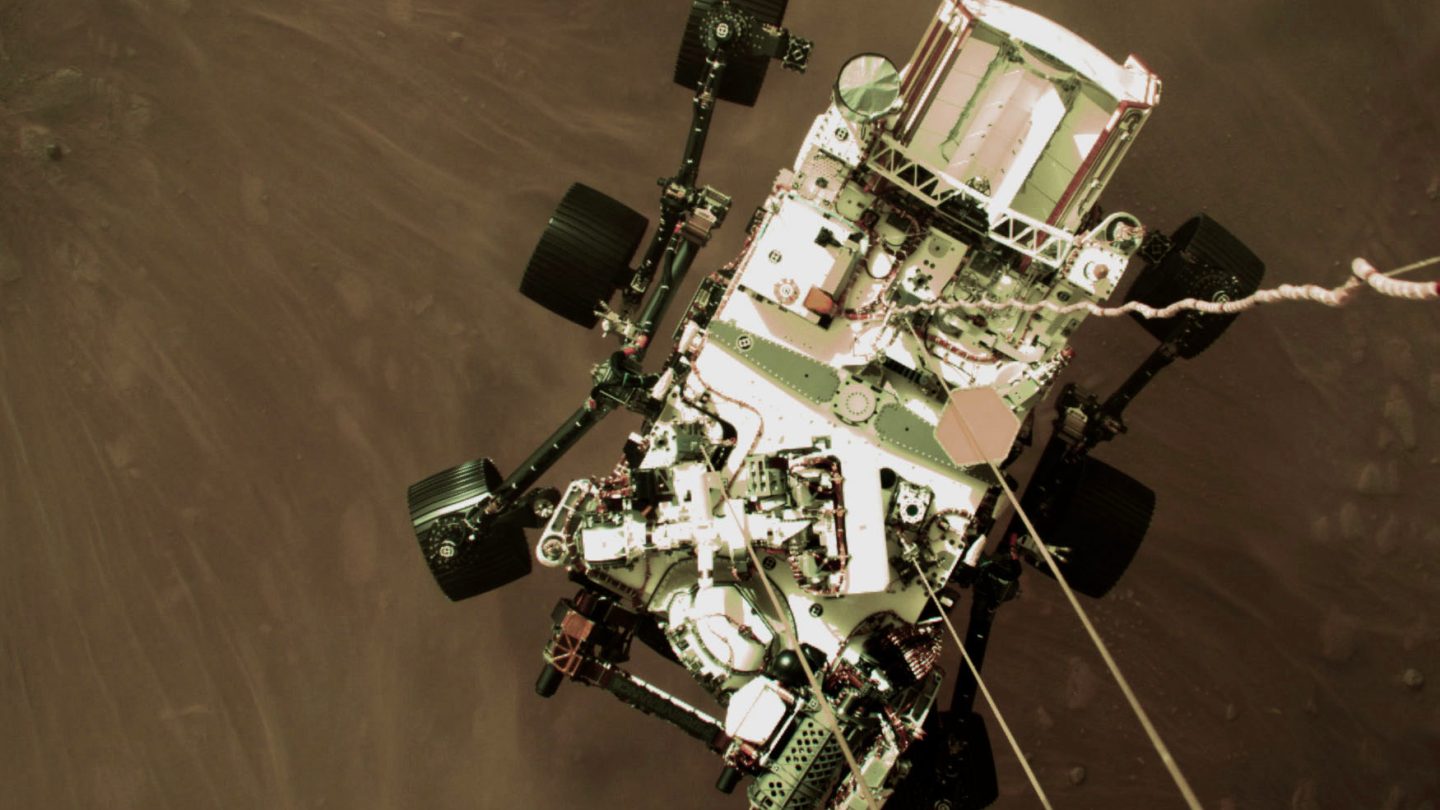 Back in 2021, NASA’s Perseverance rover landed on the Red Planet. The landing marked the beginning of a new era for studying the Martian world. One that has elicited quite a lot of excitement and discoveries over the past year. Now, NASA has released footage captured by the Perseverance rover of a Martian solar eclipse, and it’s absolutely breathtaking.

This isn’t the first time that NASA rovers have captured images of a Martian solar eclipse. However, this is the most zoomed-in video of a Phobos solar eclipse yet, NASA says. Perseverance captured the footage back on April 2, 2022. It was the 397th Martian day, or sol, of the mission.

The Martian eclipse only lasted around 40 seconds. During that time, Phobos, one of Mars’ two moons, passed in front of the Sun. Of course, a solar eclipse on Mars isn’t anything like a solar eclipse on Earth. Phobos is roughly 157 times smaller than Earth’s Moon. Mars’ second moon, Deimos is even smaller than that. As such, the lumpy moon barely covers any of the Sun’s outline as it passes in front of it.

The footage of the Martian eclipse was captured using Perseverance’s Mastcam-Z camera. This camera specializes in providing zoomed-in photos and video. It can even take 3D pictures and record video at high speed. The camera was designed to give astronomers a way to examine objects in detail whenever Perseverance captures them on video or in images.

Rachel Howson, one of the Mastcam-Z team members says that she knew the video of the Martian solar eclipse was going to be good. However, she didn’t expect it to provide as much detail as it does. The system is designed to send lower-resolution thumbnails before it sends the full-resolution versions. As a result, the team knew that something great was coming their way.

While this Martian solar eclipse is delightful, Perseverance has also excelled in other places on the Martian surface. Back in December of 2021, the rover found possible evidence of life’s building blocks on Mars. Of course, this might not sound as exciting to everyday users as Phobos passing in front of the Sun, but it is game-changing discovery.

The latest rover in NASA’s lineup has only been on the surface for a little over a year now. Other tech that NASA has sent to the Red Planet continues to return discoveries, too. Back in May of 2021, Ingenuity survived a near-death experience. The small helicopter has proven extremely capable at flying around the Martian world.

With so much being put towards finding ways to breathe on Mars, it’s no wonder NASA continues to pump money and time into exploring the world. While this isn’t the first Martian solar eclipse we’ve ever seen, it could be one more sighting closer to a human actually experiencing it in person from the surface of the planet. Of course, that’s still a few years, if not decades, away.

Looking for more space news? Check out this 4 billion-year-old comet hurtling into our solar system.