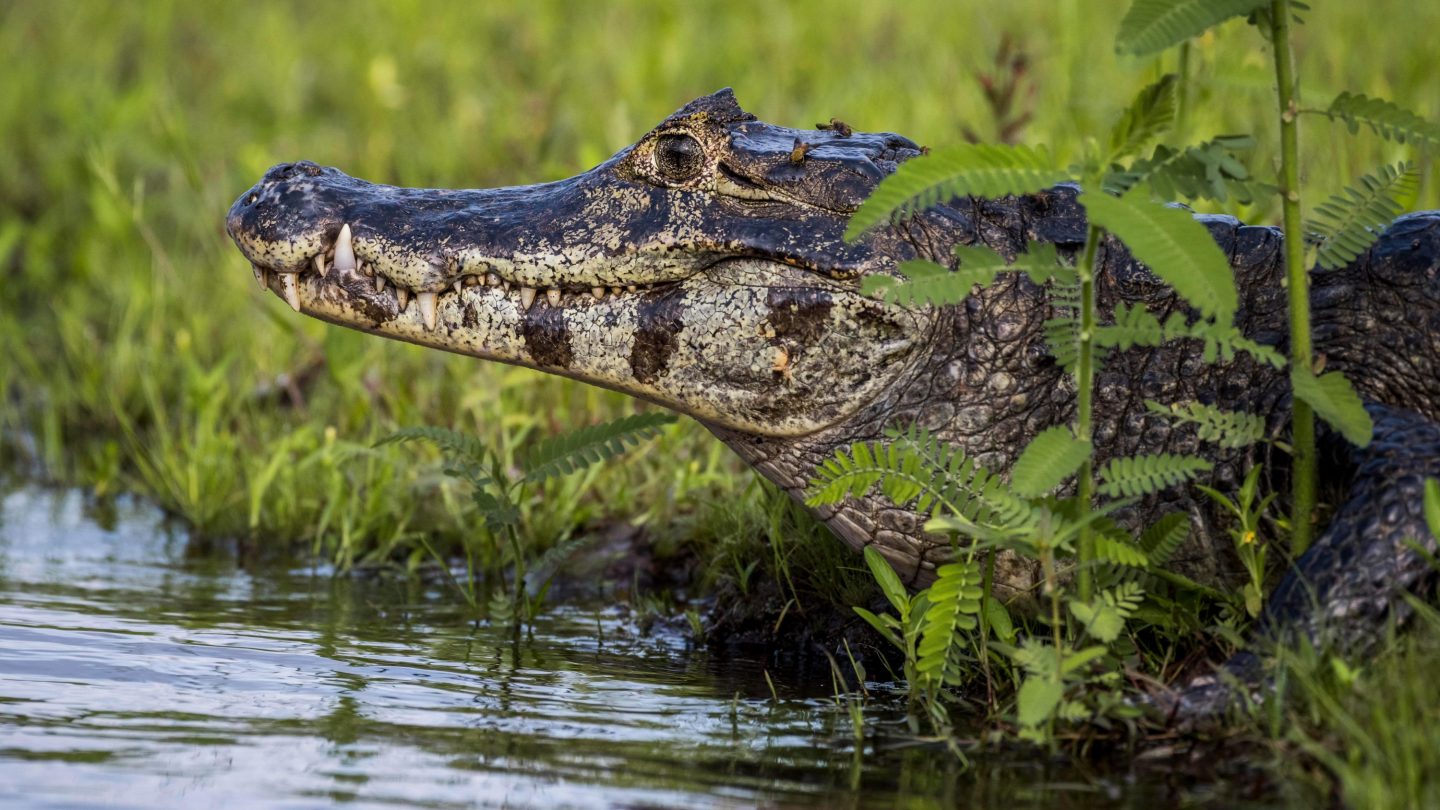 Modern crocodiles have a reputation as ravenous beasts that crave flesh. While it’s certainly true that crocodiles today are more than happy to feast on fresh meat, it seems that some ancient crocs not only enjoyed leafy greens on a regular basis, but may have actually preferred a vegetarian diet.

The research, which was published in Current Biology, is based on fossils that survived long after many of the ancient crocodile species became extinct. The study reveals that forks in the crocodile family tree resulted in species that favored plants at least three times in history.

Scientists can learn a lot by studying the teeth of ancient species. Characteristics of the teeth such as size and shape can offer clues as to the diet of the animal itself. The study included nearly 150 teeth across 16 unique relatives of the modern crocodile, with the researchers determining that several of the species were built to be herbivores, or perhaps even strict plant-eaters.

“Carnivores possess simple teeth whereas herbivores have much more complex teeth,” Keegan Melstrom, lead author of the work, said in a statement. “Omnivores, organisms that eat both plant and animal material, fall somewhere in between. Part of my earlier research showed that this pattern holds in living reptiles that have teeth, such as crocodylians and lizards. So these results told us that the basic pattern between diet and teeth is found in both mammals and reptiles, despite very different tooth shapes, and is applicable to extinct reptiles.”

It’s still unclear why the various crocodile species varied so radically, and what environmental conditions may have prompted the dramatic forking of the crocodile species. Going forward, the researchers hope to better understand how these factors impacted the species over time.