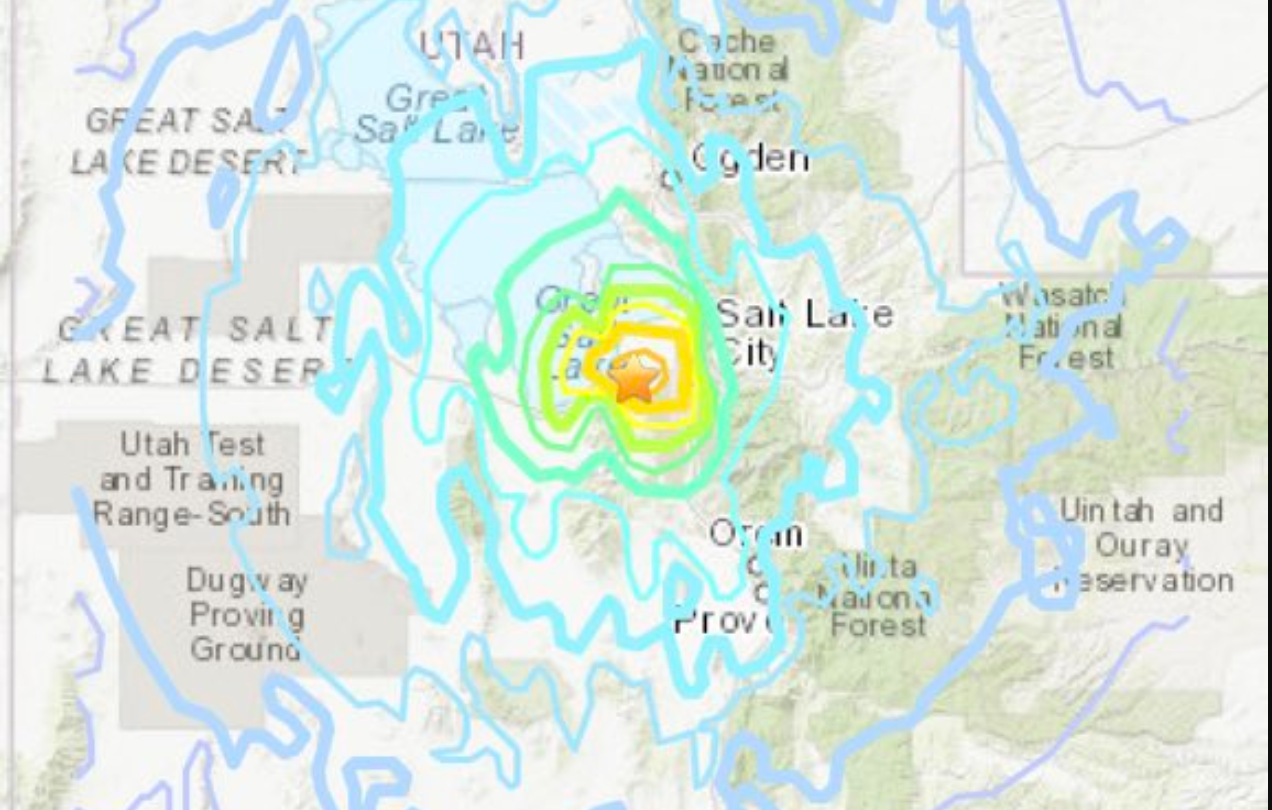 The Salt Lake City area got a rude awakening this morning when a 5.7 magnitude earthquake rocked the region. The event resulted in the loss of power to tens of thousands of homes and businesses and prompted Salk Lake International Airport to send inbound flights elsewhere as staff inspected runways to ensure they were safe to land on.

The last time Utah endured such an earthquake was way back in 1992. That year, a 5.9 magnitude earthquake hit the state, though not in the Salt Lake area. It’s unclear if the earthquake produced any injuries, but we’ll have to wait and see if new reports come in.

As CNN reports, the earthquake cut off power to at least 47,000 customers in the area. Workers were still in the process of restoring downed lines and crews were dispatched to the downtown Salk Lake City area in order to plan their approach. This prompted Governor Gary Herbert to ask citizens to avoid the area so that work could be done.

“Please stay away from the downtown area while crews assess damage,” Herbert wrote in a tweet. “Unless you work in public safety, or are an essential employee, remain home or telework.”

If there’s one upside to the current public health crisis sweeping the country it may be that many citizens are already working from home. That means there was less traffic on the road and likely fewer people in the downtown area than would normally have been there when the quake struck.

Please stay away from the downtown area while crews assess damage. Unless you work in public safety, or are an essential employee, remain at home or telework.

The Utah Emergency Management department followed up its initial reports of the earthquake with a warning that aftershocks were likely. Aftershocks are typically far less powerful than the primary earthquake, but can still cause structural damage.

The group also released maps showing where the shaking was the most intense. As you can see, the center appears to be very close to the city and radiated outward to the surrounding area.

Here’s the shaking intensity map for this earthquake. As you can see, the stronger shaking is felt around the magna area and less intense shaking radiates outward.#Utquake pic.twitter.com/ifLrgdWrzG

Salt Lake City mayor Erin Mendenhall also chimed in on Twitter to acknowledge the event and warn citizens to be careful in the hours to come. “I know the last thing we need right now is an earthquake, but here we are, and it sounds like aftershocks are likely,” she tweeted. “The City is assessing the situation now and I’ll circle back with an update when I have it. Be safe.”

I know the last thing we need right now is an earthquake, but here we are, and it sounds like aftershocks are likely. The City is assessing the situation now and I’ll circle back with an update when I have it. Be safe. #utpol #slc

Earthquakes in Utah aren’t super common, but they’re not unheard of, and residents are being reminded to be prepared for such events if and when they occur.