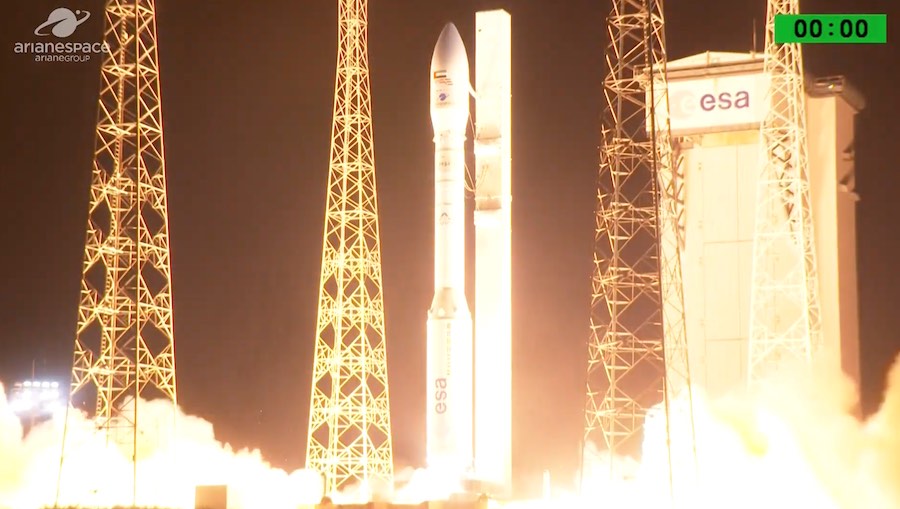 Military bodies around the world rely on surveillance satellites to help them keep an eye on potential enemies and allies alike. Everyone watches everyone, and you don’t usually hear about the launch of such satellites because they’re both common and not often bragged about by the governments launching them.

The launch of a new Airbus-built spy satellite by the United Arab Emirates would likely have flown well under the news radar as well, if not for the fact that the spacecraft never actually made it into orbit. A rocket failure doomed the satellite and sent it crashing down into the Atlantic Ocean.

As Spaceflight Now reports, the Wednesday launch of the satellite aboard a European Vega rocket ended abruptly roughly two minutes after lifting off from its launchpad in French Guiana. The launch was being conducted by Arianespace, and the company had little in the way of answers in the hours that followed the failure.

“As you have seen, about two minutes after liftoff, around the Z23 (second stage) ignition, a major anomaly occurred, resulting in the loss of the mission,” Luce Fabreguettes, Arianespace EVP of missions, operations, and purchasing, said in a statement. “On behalf of Arianespace, I wish to express our deepest apologies to our customers for the loss of their payload.”

There’s no information on what may have prompted the “major anomaly,” but it apparently occurred just after the rocket’s second stage lit up. The company says it will open a commission to get to the bottom of the failure.

Arianespace has a number of launches in its upcoming schedule, including the launch of what would have been a second surveillance satellite identical to the one that landed in the ocean yesterday. It’s unclear if that launch will be affected by the failure.