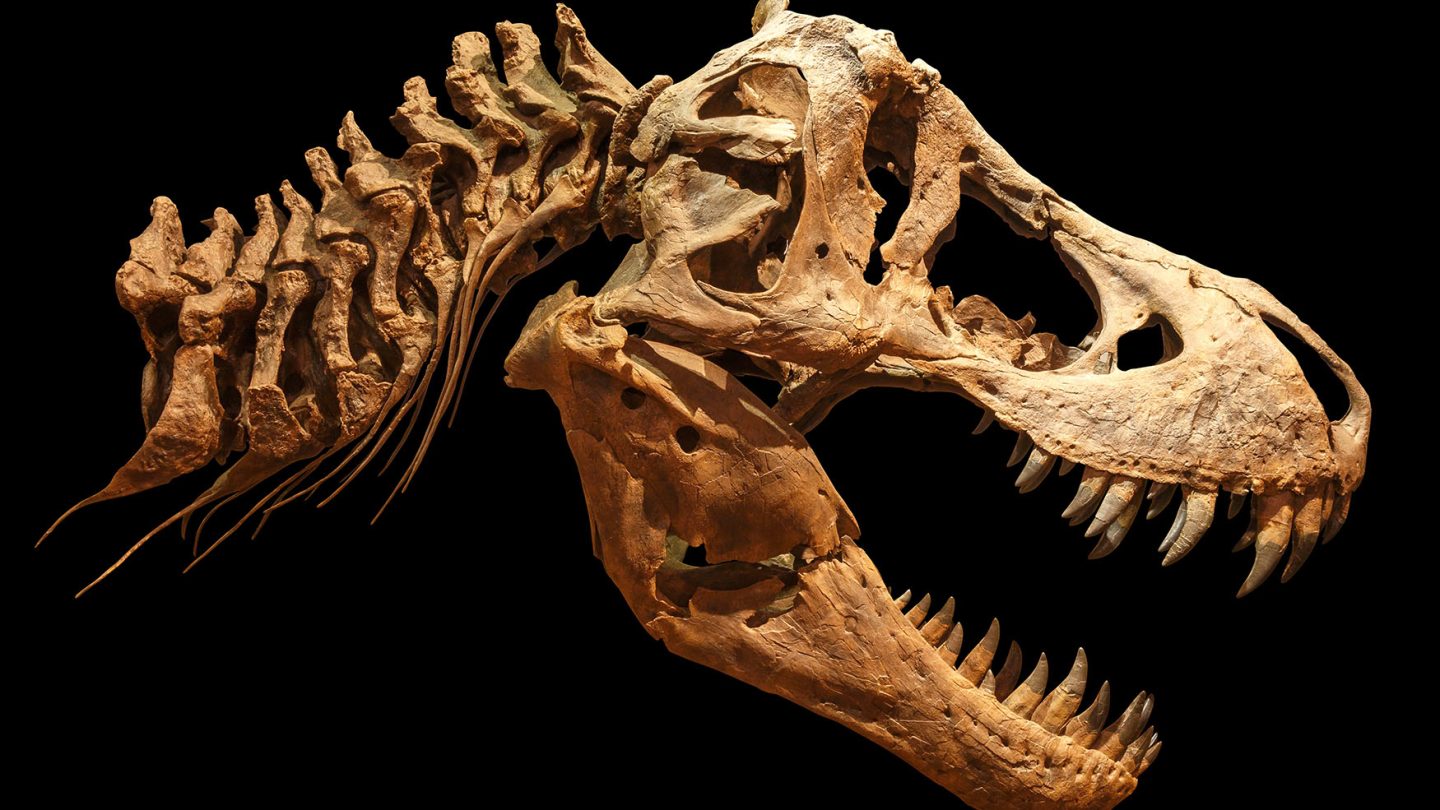 If you jump in a time machine and traveled backward millions of years, you might find yourself standing face-to-face with an adult tyrannosaur. Well, it would probably be more like face-to-knee because the dinosaurs could reach massive sizes, but I digress. The important thing here is that you’d be scared and either get eaten or run away.

However, if you happened upon a juvenile tyrannosaur, you might be more inclined to pet it on the head rather than run for your life, as new research reveals that baby tyrannosaurs were roughly as large as a medium-sized dog. The finding comes thanks to the discovery of fossilized tyrannosaur embryos that are offering scientists a glimpse at how large the creatures were when they first crawled out of their shells.

As CNN reports, the study, which was published in the Canadian Journal of Earth Sciences, is largely based on a jaw bone from a tyrannosaur embryo. Because so many tyrannosaur fossils have been discovered over the years, it often takes just a single bone for researchers to be able to determine the overall size of the animal. In this case, the baby dinosaur was around three feet long.

That’s a tiny version of a creature that could reach over 30 feet in length as an adult, but three feet is still pretty big when it comes to baby animals. These dinosaurs came from eggs, and the researchers estimate that the egg that held the dinosaur used for this study would have been around 17 inches long on its own. That’s one big omelet.

Of course, a baby predator is still a predator, so while a tiny tyrannosaur was probably adorable, it could still likely do some damage. The creatures were born with all the tools they needed to secure their own food, with a mouth full of teeth that would produce a painful or even lethal bite to small prey. However, as the debate over whether or not tyrannosaurs were primarily hunters or scavengers rages on, it’s worth considering

Discovering the size of a baby tyrannosaur is really just the tip of the iceberg when it comes to understanding what the creatures were like as juveniles. Scientists have learned a lot about the parenting habits (and sometimes lack thereof) of many different dinosaurs, but there’s particular interest in how tyrannosaurs may have raised their young. In the years to come, perhaps some more of those questions will get answered.