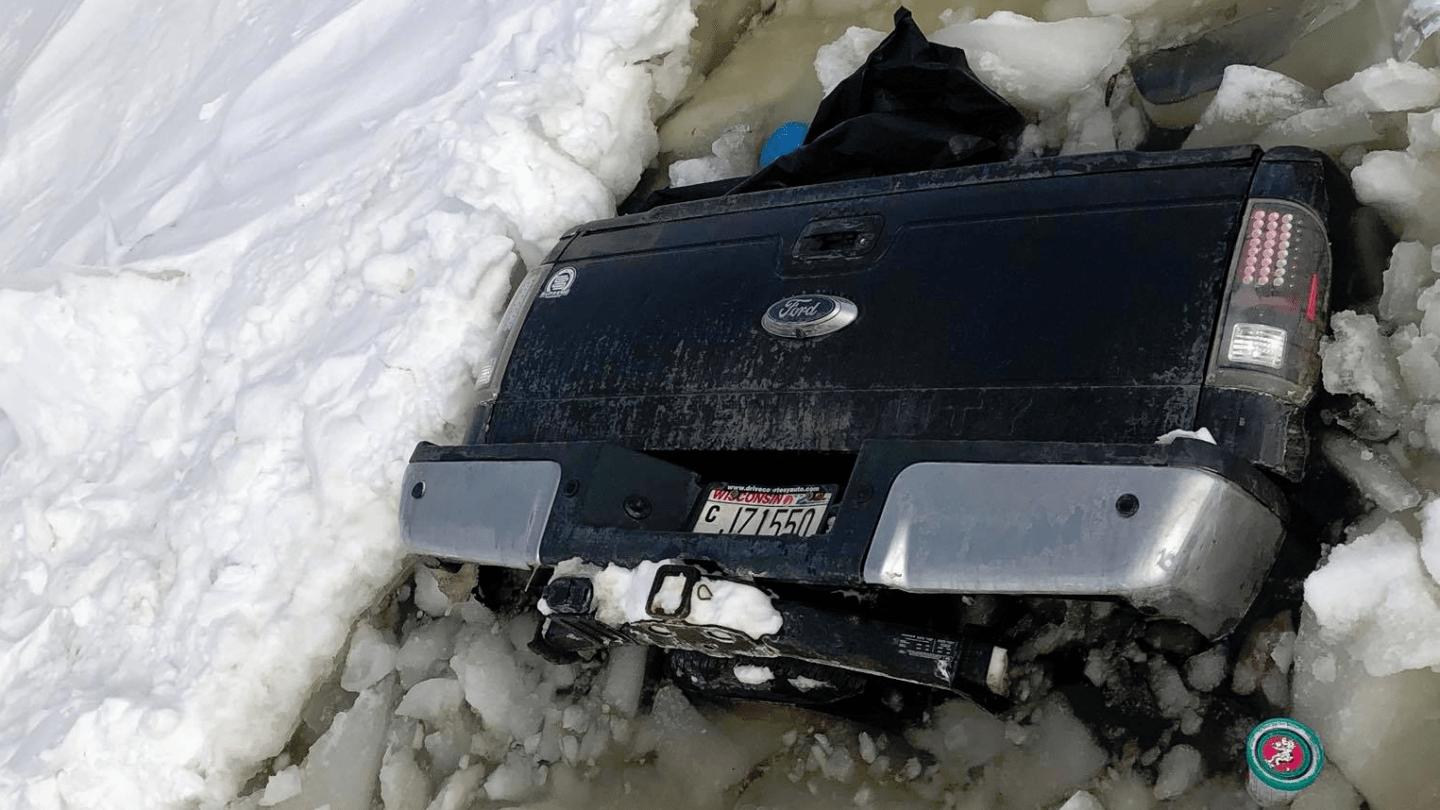 Ice fishing is a cherished tradition in the northern U.S. states and I, dear friend, happen to live very near a popular ice fishing destination in Wisconsin. The mighty (and shallow) Lake Winnebago is always packed with sportsmen this time of year and, inevitably, someone drives somewhere they shouldn’t have.

This year, one such incident was captured on video and has become a bit of a Facebook hit. In the video, you’ll see a Ford pickup being swallowed whole and settling nose-first on the shallow lake floor. It’s a troubling sight for anyone who has ever driven across a frozen lake, but it happens every single year without fail.

It’s often quite difficult to see thin spots in the ice this time of year, especially when new snow covers up what would clearly be the telltale warning signs, like large bubbles trapped in newly formed ice and dark spots where you can actually see the lake below.

Paths are plowed around the more bustling areas of the lake and fishermen set up shop away from the impromptu “roads” so as not to post a risk to drivers with their own manmade holes in the ice.

In this particular case, it seems that there was a crack in the ice that was well-known to locals and the ice road had been redirected elsewhere. Unfortunately, the driver of the now-wet pickup truck wasn’t familiar with the area and drove right into the danger zone.

The truck was yanked from the ice not long after its unfortunate marine adventure, but it’s hardly the first vehicle to find itself at the bottom of this particular lake. This year, at least 13 cars and trucks have sunk through the ice for one reason or another, and while that may seem absurd it’s actually pretty normal around these parts.