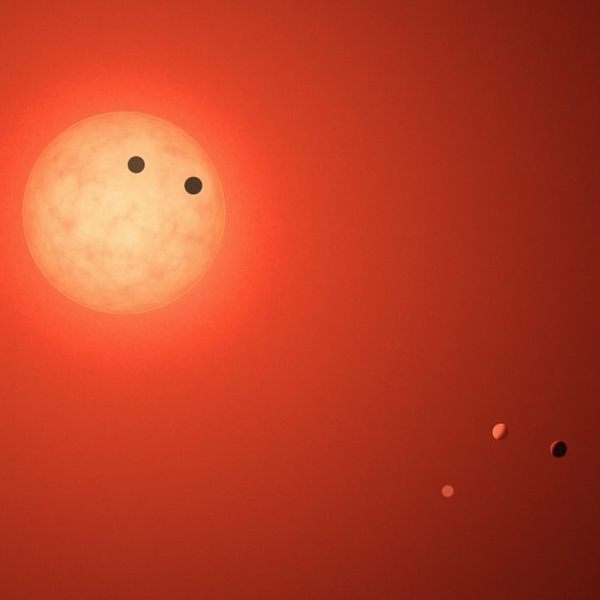 The discovery of seven new exoplanets orbiting the relatively nearby star TRAPPIST-1 is exciting, and the fact that three of those planets are considered to be comfortably within the habitable zone of their star multiplies the importance of that news by a factor of ten. Now, some researchers are suggesting that if life has indeed developed on one of the newly-discovered habitable worlds, there’s a really good chance that there’s probably life on all three of them.

Scientists Manasvi Lingam and Avi Loeb from Harvard are suggesting that if life in any form has developed on one of the trio of temperate TRAPPIST-1 planets it’s probable that said life has spread to the others.

The theory doesn’t come from the assumption that the possible life is intelligent, and thereby developed a way to colonize its neighboring worlds, but instead relies on the fact that the planets are so close together that something as simple as a meteor impact could easily fling living organisms like microbes from the surface of one planet to either neighbors. The researchers claim that the chances of life spreading from one TRAPPIST-1 planet to another would be 1,000 times more likely than life having spread from Mars to Earth, as some theorize may have happened at one time.

The process of basic lifeforms like microbes successfully making the trip from one planet to another is called panspermia, and it in itself is a topic of debate in the scientific community. Some critics claiming that the chances of it happening are so incredibly remote — even when planets are as close to each other as they are around TRAPPIST-1 — that we may never actually find an example of it happening. Until we get a real look at what the planets have to offer we’ll just have to sit and stare at these beautiful, beautiful pixels and wonder.