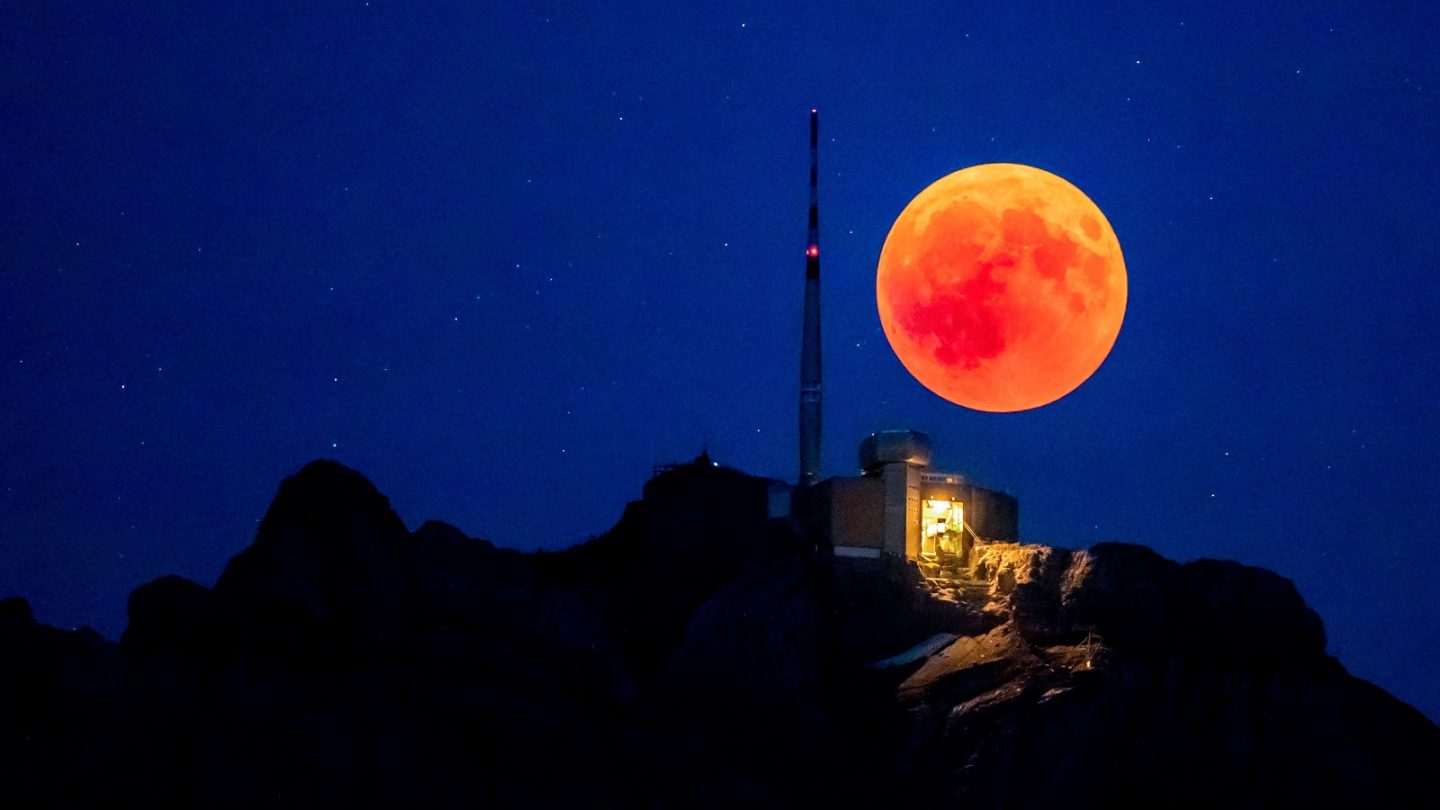 Sadly, the United States (and the rest of the continent) missed out on a lunar eclipse last summer, but we will get one more chance this weekend. On the evening of January 20th, the only total lunar eclipse of 2019 will light up the night sky across North and South America, as well as parts of Europe, Africa, and Asia.

The eclipse is being referred to a variety of names, but the most ridiculous (and therefore best) has to be Super Blood Wolf Moon. “Super” refers to the fact that the Moon will be closest to the Earth in its orbit when the total eclipse takes place, “blood” is a reference to the reddish hue the Moon will take on during the eclipse, and “wolf” is taken from the Old Farmer’s Almanac, as full moons in January are apparently known as Full Wolf Moons.

UPDATE: As advertised, the one and only total lunar eclipse of 2019 was a stunner. If you were willing to brave the cold Sunday night, you were treated to a rare sight, as the moon turned blood red and dominated the night sky across North and South America. If you missed it (or just can’t get enough of the Super Blood Wolf Moon), here are some of the best photographs we could find of the stunning astral phenomenon: