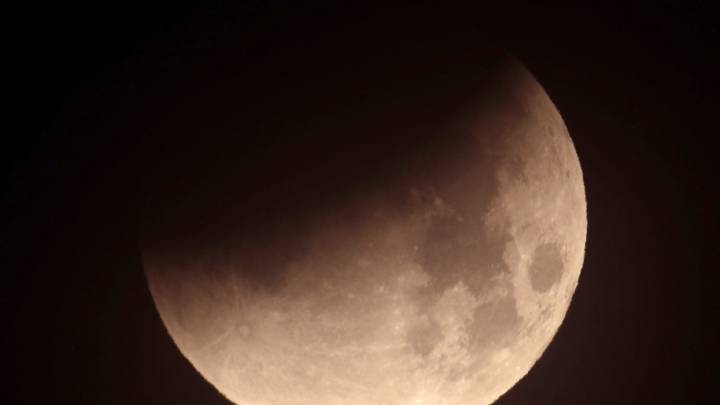 Last year, the United States got treated to an awesome skywatching event in the form of a total solar eclipse that traveled from one side of the country to the other, but this Friday much of the rest of the world is going to see something that will be totally lost on anyone in North America. The longest total lunar eclipse of the century will take place on Friday night, and most of the rest of the world will get a chance to glimpse it.

The full eclipse will begin at approximately 9:13 p.m. UTC, which is just 5:13 p.m. EST, making it impossible to see from anywhere in the United States, Canada, Central America, or Greenland.

Anyone in Western Africa, the Middle East, and much of Eastern Asia will get to see the entire show, from the very beginning of the penumbral eclipse all the way through to the full eclipse and the waning minutes as well. Parts of Europe, Eastern Africa, Australia, and South America will see different phases of the eclipse, but will miss out on parts of the penumbral, partial, or total phases.

It’s definitely a bummer for anyone in North America, but there’s still a way to watch the eclipse happen live. The website ‘Time And Date,’ which keeps track of all the major and minor celestial events observable from here on Earth, will be hosting a live stream so that amateur skywatchers from all over the world can enjoy the eclipse in real time. The will begin shortly before the penumbral phase of the eclipse begins and will stretch through to its conclusion.

On Twitter and Instagram, eclipse watchers can tag their photos of the eclipse with the hashtag #timeanddatelive so that others can browse them more easily. It’s the longest full lunar eclipse of the century, so you can be sure that there will be plenty of people with lenses pointed skyward.