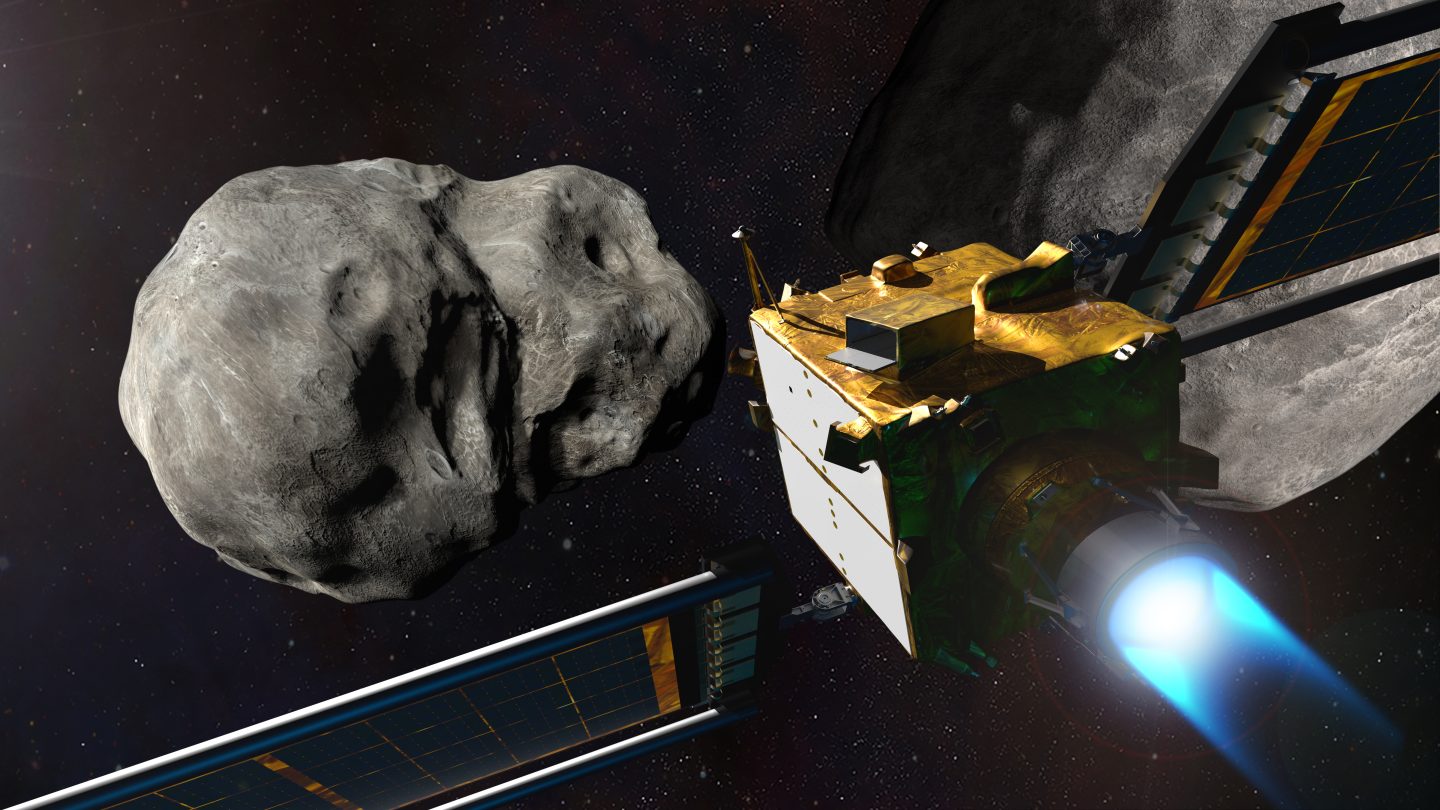 NASA has shared the first photos taken by the DART’s built-in camera system. Launched in November, the Double Asteroid Redirection Test — or DART for short — is an asteroid-defense system. While the spacecraft’s primary mission is to slam into an asteroid later this year, NASA also equipped it with a camera called the DRACO. DART will take photographs along its journey using the DRACO camera, and the first is a stark reminder of just how big space is.

Check out DRACO’s first photos from the DART spacecraft

DRACO is short for Didymos Reconnaissance and Asteroid Camera for Optical navigation. The camera was primarily built to capture high-resolution photos of DART’s journey towards Didymos. NASA shared the first images captured by DRACO in late December, and both are haunting in their own ways.

In the first photo, we can see around a dozen stars in the backdrop of space near the intersection of the Perseus, Aries, and Taurus constellations. The photo was taken right after the DRACO opened the door over its telescopic imager on December 7. The photograph was captured around 2 million miles away from Earth. NASA says that distance is still “very close, astronomically speaking”. Using data from the first photo, the DART navigation team was able to orient DRACO at specific points of interest.

The team started by pointing DRACO’s camera at Messier 38, which is also known as the Starfish Cluster. On December 10, DRACO captured and submitted a second photograph. This photo gave us another look at Messier 38, roughly 4,200 light-years from Earth. NASA says the team intentionally captured stars around Messier 38 to help determine imperfections in the image. This also helps the team calibrate how bright objects are, which is important for accurate measurements. DRACO will play an important part in how NASA navigates the DART spacecraft to its target. As such, accuracy is important.

When the DART spacecraft launched in late November, many were concerned with how DRACO would fare during the launch. Because of rough vibrations when the spacecraft takes off, as well as the intense temperature shift when it leaves the Earth’s atmosphere, NASA was concerned DRACO might not work properly. As the only instrument on the spacecraft, NASA waited to see how well it stood up to the beating it had taken. Luckily, when the doors protecting DRACO opened, the results were uplifting.

NASA says the excitement surrounding the photos is reminiscent of the same excitement when New Horizons captured close-up images of the Pluto system. Furthermore, the quality of the photos is outstanding. Thanks to this new data, NASA is confident the DART mission will reach its target in September of 2022 as planned.