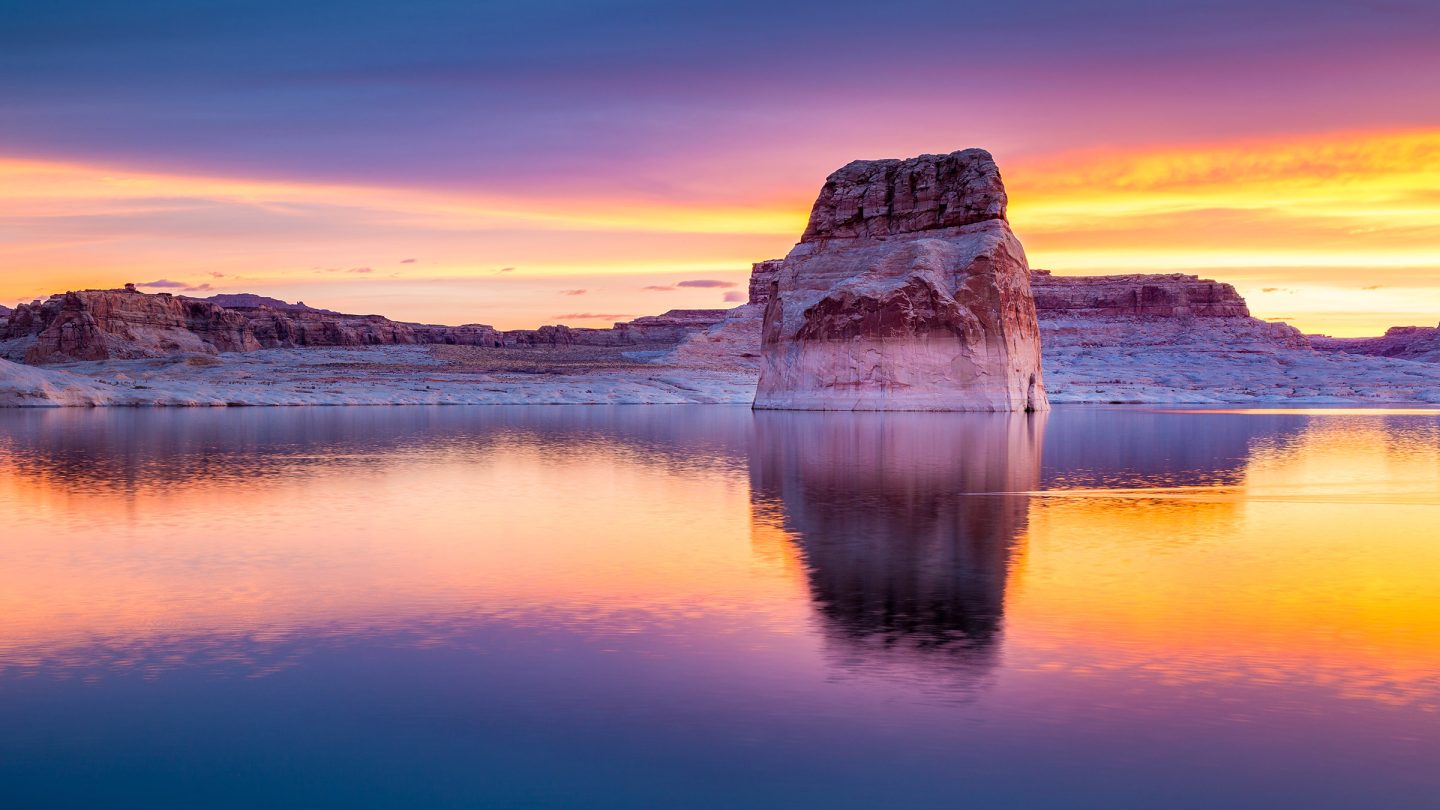 Tourists out on a boat caught a terrifying rockslide in Lake Powell on video. In the video, rock on the side of the reservoir comes sliding off, toppling into the water. It leaves behind a massive plume of dust, and many believe the wave it created was powerful enough to capsize smaller watercraft.

Tourists captured video of a rockslide in Lake Powell

The video of the rockslide in Lake Powell was captured by Mila Carter and her husband Steve Carter. The couple was boating on Lake Powell when they noticed the start of the rock’s collapse. They quickly began recording to document the incident.

The rockslide sent dust and debris pluming into the air and water. Mile told 2News that her husband sped their boat away from the rockslide in Lake Powell once the rocks started to hit the boat. Mila also noted that the wave was big enough to have swallowed their boat, jet skiers, or any kayakers in its way.

Thankfully nobody was injured by the rockslide. Mila says that it was even more terrifying and impressive than it looks in the video.

Not a rare occurrence

While catching a rockslide in Lake Powell on video might be rare, the rockslides are pretty common all around the world, geologists say. The Glen Canyon National Recreation Area sees rockfalls often as it is a natural widening process for the canyon. As such, the event is pretty common, especially in very rocky areas.

However, the ongoing drought in that area could have exposed the falling rock to elements it doesn’t normally experience. Which, some say, could have increased the likelihood of it eroding and breaking off.

Ultimately, the rockslide in Lake Powell might not be a rare occurrence, but it is a stark reminder. A reminder that nature, though we try to control it at times, can be unforgiving. Thankfully, the rockslide didn’t hurt anybody. It very well could have, though.

If you’re spending time out on the water or around rocky areas this summer, keep an eye out for any signs of falling rocks and stay safe.