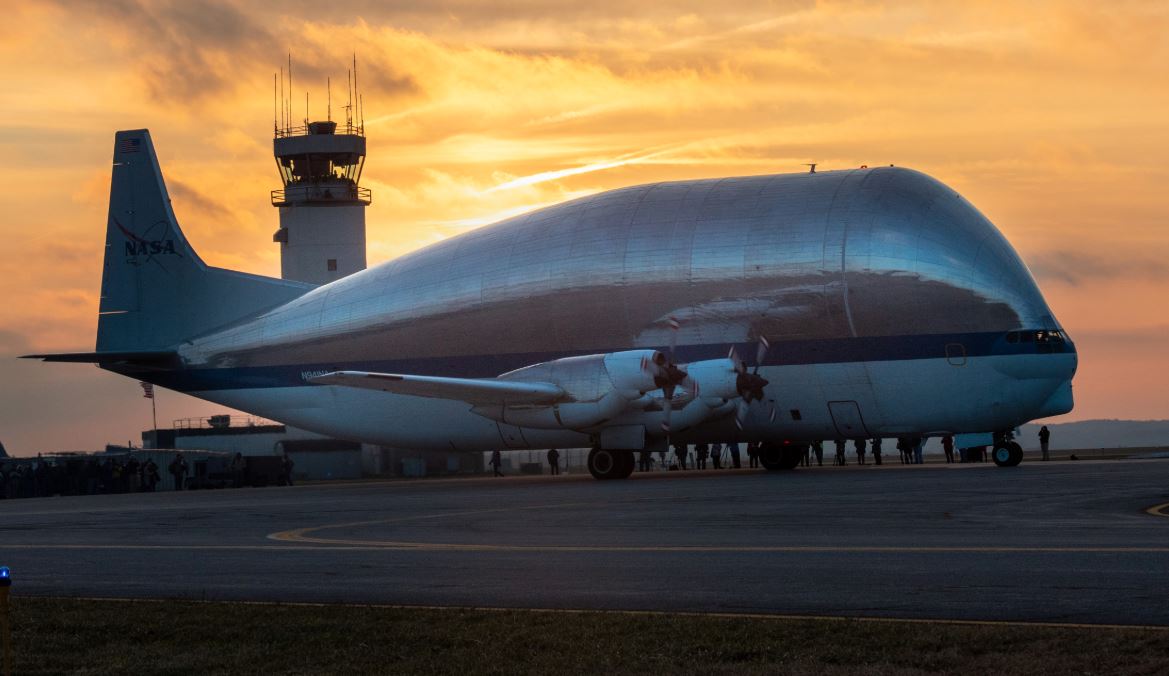 NASA’s incredible rovers, landers, and satellites tend to get the bulk of the attention because, well, they’re awesome machines. But there’s one vehicle in NASA’s arsenal that is incredibly cool despite the fact that it never actually leaves Earth. It’s the Super Guppy, and it’s an absolute joy to see.

When you need to transport something as large as a spacecraft, and you need to do it in a hurry, there’s no better option than a plane designed to carry pieces of other planes. The Super Guppy is a marvel of 1960s-era engineering, and NASA still relies on it today. On Sunday, the space agency dusted it off and used it to haul the Orion spacecraft from Kennedy Space Center to Mansfield Lahm Airport in Ohio.

Only five Super Guppy aircraft were built by manufacturer Aero Spacelines, and of those five, only one remains in service today. That one remaining plane is operated by NASA, and while it doesn’t get used all that often, it’s still a vital tool. It looks incredibly bizarre, but that only adds to its mystique.

Unlike many other types of cargo aircraft, the Super Guppy doesn’t use a large rear hatch for loading and unloading. Instead, it splits in half, allowing for the cargo compartment to be loaded and unloaded from the front of the aircraft.

After a successful Sunday flight, the Super Guppy was cracked open and unloaded on Monday morning. The Orion spacecraft will be hauled to NASA’s Plum Brook Station nearby where it will undergo rigorous testing that will simulate conditions it will face in space. That means it’ll be bombarded with extremely high and low temperatures while also being tested to ensure its various electronic systems work in harmony with each other.

Assuming the spacecraft passes all of those trials, Orion will be loaded up on NASA’s Super Guppy once again for its trip back to Kennedy Space Center.