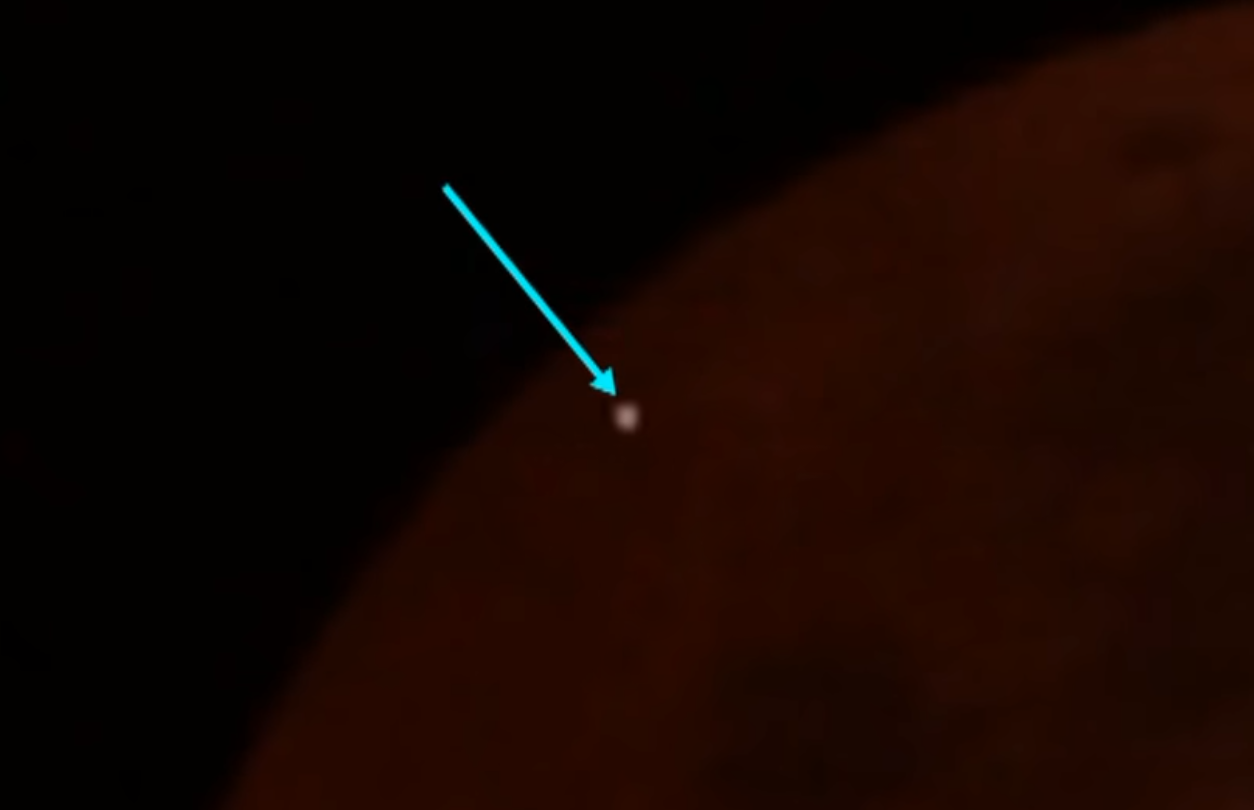 Skywatchers had plenty to be excited about this past weekend thanks to a lunar eclipse that was visible from the Americas as well as parts of Europe, Africa, and Asia. It got the nickname “Super Blood Wolf Moon” thanks to a combination of labels that may or may not have much meaning, but it was an undeniably cool sight nonetheless.

As it turns out, the eclipse was even more special than most observers had noticed, as the Moon was actually struck by a meteorite while everyone was gazing in wonder at its rusty appearance. A new video from astronomer Jose Madiedo, using imagery gathered by the MIDAS impact survey effort, shows the exact moment of impact.

In the video you can clearly see a tiny dot flash in the upper left corner of the Moon sphere, appearing for only a fraction of a second before being shrouded in darkness. Some observers who were watching live coverage of the eclipse spotted the brief flash, debating what might have caused it.

The MIDAS survey is a Moon-watching that scours video of its surface in the hopes of detecting the tiny flashes associated with meteorite impacts. In this case, MIDAS scored a home run, and it was the first time the system was able to spot an impact during a total lunar eclipse.

“In total I spent almost two days without sleeping, including the monitoring time during the eclipse,” Madiedo explained to Gizmodo. “I was exhausted when the eclipse ended—but when the automatic detection software notified me of a bright flash, I jumped out of my chair. It was a very exciting moment because I knew such a thing had never been recorded before.”

The meteorite itself wasn’t terribly large, and is estimated to have only been around 22 pounds. Still, its impact was large enough to be spotted by observers as well as the automated MIDAS system, and that’s pretty cool.