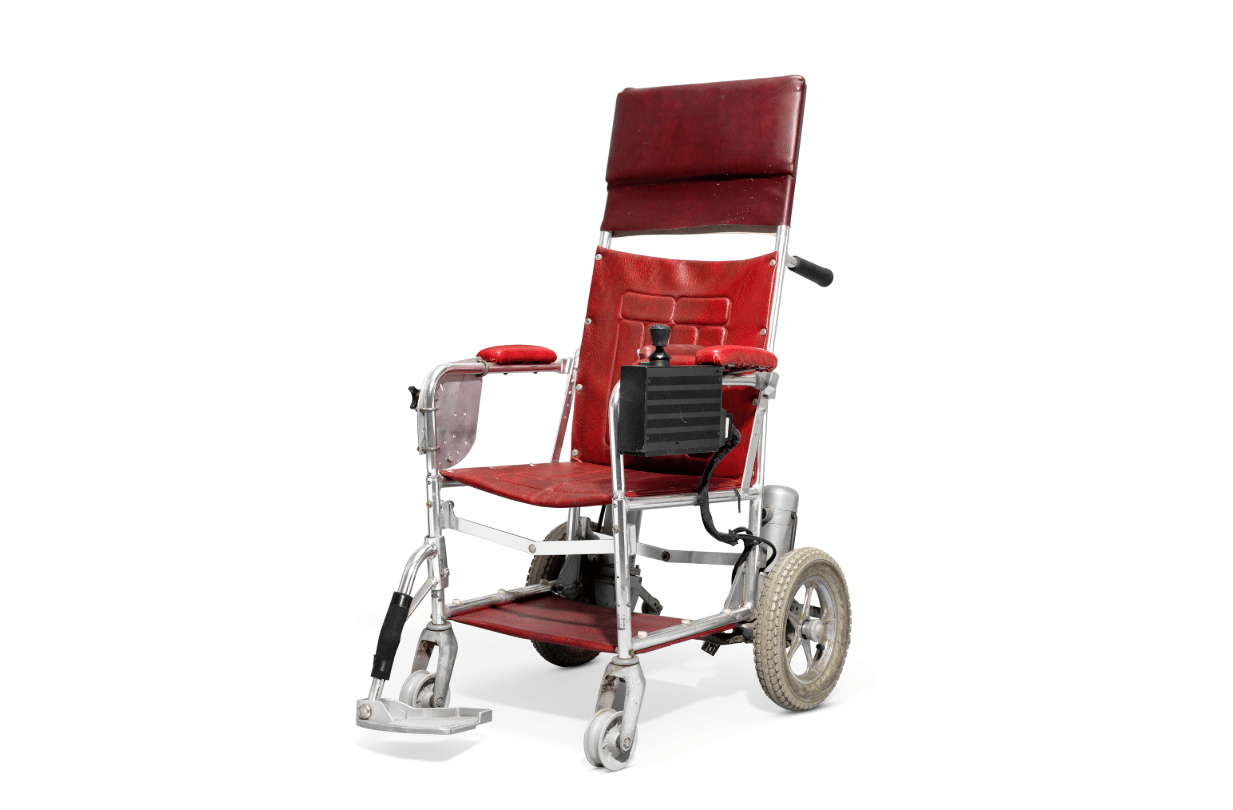 Stephen Hawking, world-famous physicist, writer, and thinker, passed away back in March (on Pi day, no less), but his body of work will live on for a long, long time. As far as scientists go, he was one of the most well-known, so it’s probably no surprise that some of his personal effects have found their way to the auction block.

In a Christie’s auction that opened today, a number of the late scientist’s possessions are available to the highest bidder. There are a number of interesting items, including Hawking’s personal script for the episode of The Simpsons in which he was featured, as well as some awards he won and a bomber jacket that he owned. There’s also a wheelchair.

Hawking’s contributions to science can’t be overstated, but it’s also difficult to separate his legacy from the disease that kept him confined to a wheelchair for much of his life. The slowly-progressing illness made it impossible for him to walk, and by the 1970s, he relied on his wheelchair to get around.

The wheelchair currently up for auction at Christie’s isn’t his first, but it is what the auction house describes as the “earliest surviving example of a wheelchair used by Stephen Hawking.” It was used between 1988 and the mid-1990s, and it’s equipped with an electric motor and hand controller. There are plenty of images of Hawking in this very wheelchair, so there seems to be significant collector value surrounding the item, even if it is a bit… odd.

Now, I’m not saying that Hawking’s wheelchair is or isn’t historically relevant in some way, but the fact that the chair has already topped a bid of $25,000 with a full week of bidding yet to go is pretty surprising. It was originally expected to fetch a top price of under $19,000.

It may be strange that people are paying the price of a new car for a wheelchair a famous scientist once used, but the upside to all of this is that the proceeds from this and other Hawking-related auction items will go to the Stephen Hawking Foundation and the Motor Neuron Disease Association, both of which are causes that Hawking cared deeply about.