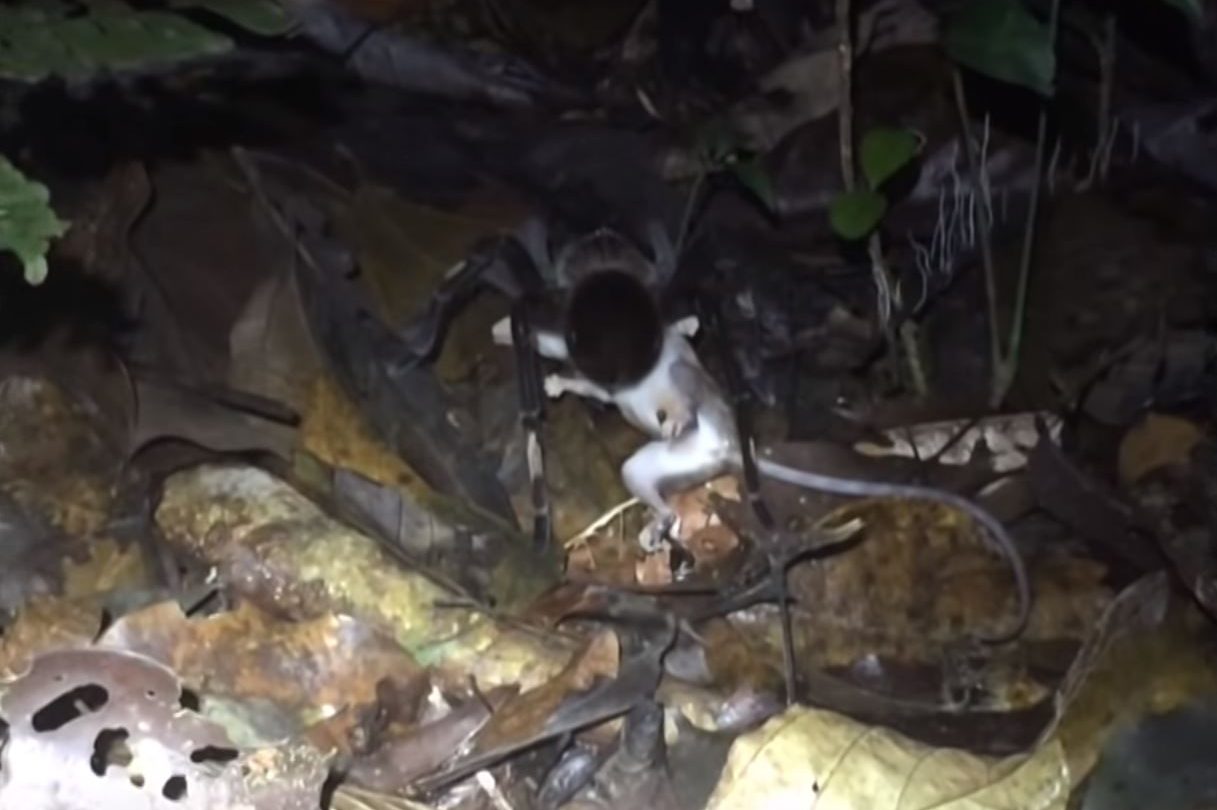 Spiders have gotten a bad rap over the years for being creepy-crawlies that strike fear in lots and lots of people. Most spiders are completely harmless, at least to humans, and they’re also usually quite small. In the Amazon rain forest? Well, that’s another story.

A team of researchers from the University of Michigan recently spent some time in the dense confines of the Amazon and documented what they call “predator-pray interactions,” which is really just a fancy way of saying that they found a lot of spiders eating a lot of different creatures. One of the sightings that was caught on camera is particularly unsettling.

If you have a fear of spiders you’ve probably already stopped reading but, just to be sure, consider this your last chance to turn away. Okay, now that those folks are gone, let’s see what the scientists found:

“We’re just walking the trails. We walk along slowly, and we heard scrambling in the leaf litter,” University of Michigan PhD Candidate Mike Grundler explains. “We looked over and we saw the tarantula on top of the opossum, and we just sort of sat and watched that observation until the tarantula got tired of us and walked away.”

The opossum was a juvenile, but that doesn’t mean the spider itself was small. Grundler notes that the tarantula was “about the size of a dinner plate,” which is enough to strike fear in the heart of just any any arachnophobe.

Spotting large spiders feeding on other species isn’t unusual in the rainforest, but this is the first time a spider has been seen hauling an opossum back to its dinner table. We don’t normally think of arachnids as being predators to mammals, as things are usually the other way around, but in this case that’s exactly what the researchers caught on camera.