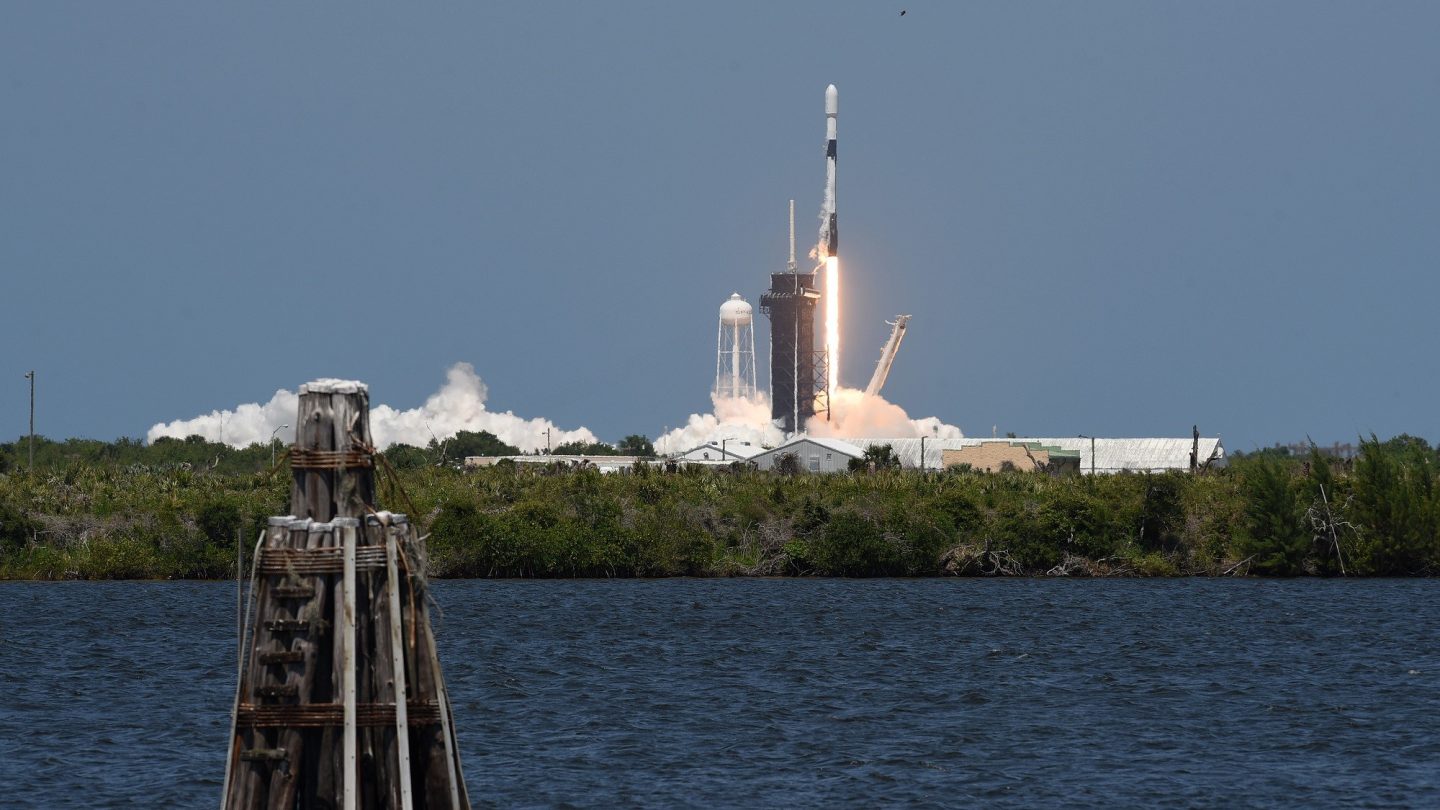 SpaceX launched two new satellites into orbit this past week, creating a beautiful twilight effect as the rocket blazed through the atmosphere. The effect, which resembled that of a space jellyfish, was captured by multiple people on social media, including a few beautiful photos shared by NCSpaceOps on Twitter.

The rocket’s launch happened around twilight, with the launch sending two satellites called O3b mPower 1 and 2. Because of the timing, the gases from the rocket created a plume, which can be seen in the images shared on social media by various parties. This isn’t the first time we’ve seen such amazing plumes and twilight effects from rockets, either.

Previously we’ve seen twilight effects that look like spirals in the sky, as well as whirlpools captured over Hawaii. However, this is one of the first times that the plumes have taken on the look of a space jellyfish, which is notably a remarkable look considering that the plumes are made of exhaust gases.

Other spectacular views of the plume were shared by Twitter user Ed Piotrowski, Chief Meteorologist for WPDE ABC-15. They tend to show off the longer tail of the rocket’s launch a bit better, which definitely adds to the space jellyfish appearance.

It’s always cool to see these twilight effects kicking into view, especially when they bring something as unique as a space jellyfish to the forefront of our imaginations. With so many eyes set to the stars and NASA’S Artemis I mission having seen so much success, it is encouraging to see SpaceX and others continuing their work around the globe.

When the company isn’t busy putting new satellites into space, its engineers and researchers are also working on new ways to send spacecraft to space, including a mission recently that helped launch the first commercial Moon lander in conjunction with a Japanese space agency called ispace.