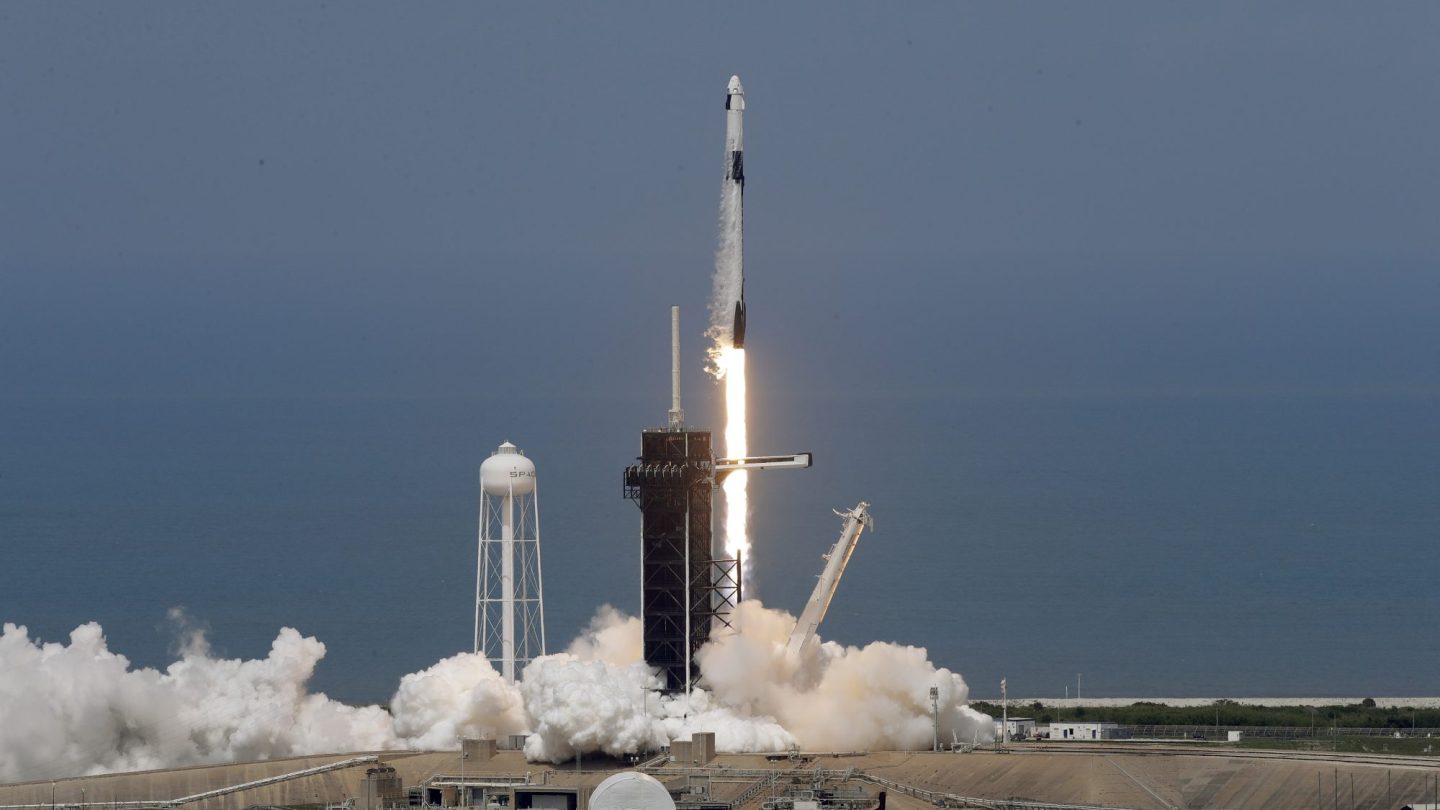 SpaceX’s Crew Dragon capsule that ferried NASA astronauts to the International Space Station is still hanging out in space. It’ll remain there for up to several months, and as the first commercial vehicle to take NASA astronauts into space, it’s a piece of history.

But it’s not the only piece of SpaceX hardware worthy of applause, as the company’s Falcon 9 rocket that actually sent the crew into space successfully landed back on Earth shortly after the launch and has now been brought back home. As Spaceflight Now reports, the Falcon booster finally made it back to shore on Tuesday, three days after the launch.

The rocket, which nailed a soft landing on SpaceX’s drone ship after doing its vital duty and pushing the Crew Dragon into space, was brought back to shore using a tugboat. When you’re hauling a rocket booster that is standing on its end, you have to be careful about how fast you move, so the return trip takes some time.

Unlike many recent SpaceX launches, the Falcon 9 booster that was used in the NASA launch was brand-spanking-new rather than a used (or, as SpaceX like to call it “flight-proven”) rocket. It had been decorated with NASA’s iconic “worm” logo as a nod to the space agency’s storied history, and it’s not immediately clear whether the booster will see a second stint in space — perhaps SpaceX will use it for one of its many upcoming Starlink satellite missions — or if it will be retired after making history.

The Crew Dragon launch on Saturday went about as well as NASA and SpaceX could have hoped. The weather cleared up, preventing a second delay to the mission, and things went off without a hitch. The spacecraft spent about a day on its way to the International Space Station and completed a successful docking maneuver on Sunday.

The astronaut duo of Douglas Hurley and Bob Behnken climbed aboard the space station where they were greeted by their fellow space travelers. The current ISS inhabitants were apparently pleased with the Crew Dragon, noting that it was like ” a new car,” which is oddly specific praise but totally understandable.

NASA hasn’t yet decided how long it will have Hurley and Behnken remain aboard the ISS. The space agency wants the duo to do some science work while they’re in space, but the Crew Dragon can’t be certified until it makes a safe return to Earth.