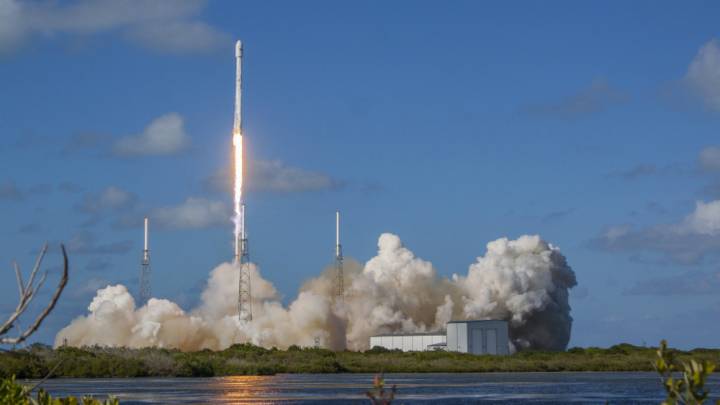 By this point, rocket launches to send a satellite into orbit are absolutely nothing special. But it’s easy to forget that several times a month, SpaceX is sending reused rockets into space and then landing the boosters so they can be used again and again.

This afternoon, SpaceX is going for its second launch of 2018. A Luxembourg-owned communications satellite, GovSat1, is sitting on the nose of a Falcon 9 rocket on the pad at Cape Canaveral in Florida. The rocket is an older model, from the Block 3 production schedule, and however this launch goes down, it will be its last mission.

The Block 3 rocket being used today has been flown before and successfully recovered, but SpaceX won’t be trying one of its breathtaking landings this time. SpaceX says that the decision to attempt a landing is made on a “case-by-case” basis, and it could well be that SpaceX can’t be bothered with the time and money spent refurbishing an old Block 3 model. SpaceX is currently flying Block 4 Falcon 9 rockets, and hopes to move on to a final Block 5 model later this year, with a design whereby each rocket can be used up to 10 times.

This is SpaceX’s second launch of the year, and a return to more normal business after the first one, which launched the secretive US Zuma satellite. That mission apparently didn’t quite go to plan, although SpaceX claims that the problem was with the payload, not SpaceX’s part of the mission, which was just to handle the launch.

The launch today should take place between 4:23PM and 6:46PM Eastern Time. SpaceX’s live stream will be live above around 15 minutes before the launch.