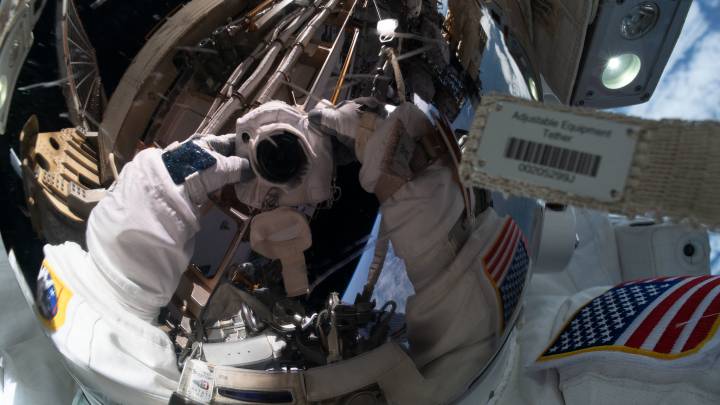 Nobody likes Mondays, but getting up and doing our jobs is just one of those things we have to do. The same is true for the high-flying scientists who live on the International Space Station, and NASA’s Jessica Meir and Christina Koch started their week with one of the most taxing duties ISS residents have to perform: A spacewalk.

Beginning at 6:50 a.m. EST, both Meir and Koch donned their protective space suits and ventured outside the confines of the orbiting laboratory to perform some much-needed maintenance on the spacecraft. Thanks to a suite of cameras on the space station and the astronauts themselves, you can watch the action live right now.

As usual, NASA is live streaming the spacewalk via its YouTube page and NASA TV. You’ll see multiple camera angles and hear the communication between the astronauts and their support teams back on Earth. Check it out:

NASA’s description of the spacewalk reads as follows:

On Monday, Jan. 20 starting at 6:50 a.m. EST, NASA astronauts Jessica Meir and Christina Koch will step outside of the International Space Station into the vacuum of space together. The duo will wrap up the work of installing new lithium-ion batteries to upgrade the orbiting lab’s power systems. The spacewalk is scheduled to last about six-and-a-half hours.

The battery replacement is part of an upgrade project that has been ongoing for some time. Over the course of several spacewalks, astronauts have been yanking out the old rechargeable batteries and replacing them with more efficient versions. It’s these batteries that store power generated by the space station’s solar array, allowing the ISS to remain fully powered-up even when it falls into the shadow of the Earth.

The spacewalk is slated to last until early afternoon, EST, so there’s plenty of time to catch the astronauts in action. It’s a lovely way to spend some time on a manic Monday.