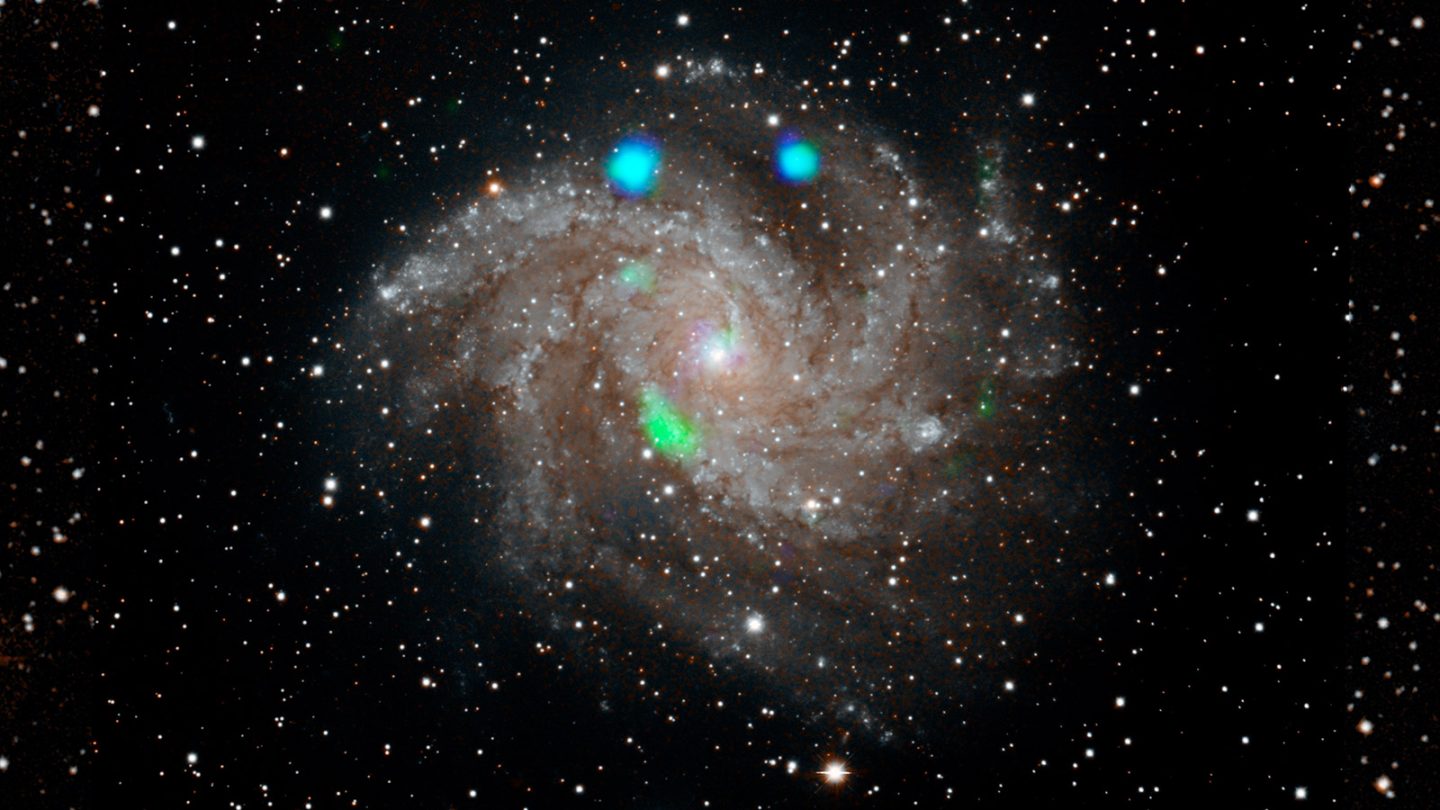 Thanks to ever-advancing observational technology, astronomers can now spot distant galaxies in greater detail than ever before. For scientists, being able to study these distant locations in space is exciting, but when they spot something unexpected, their incredible distance from Earth means coming up with an explanation is difficult.

That’s exactly what a team of researchers using NASA’s NuSTAR space observatory is dealing with after recent observations of the galaxy NGC 6946 revealed powerful flashes of X-ray energy where nobody was expecting them. In a new paper published in The Astrophysical Journal, the scientists venture a guess as to what exactly is going on.

The team spotted these unusual X-ray flashes while scanning the distant galaxy for something else entirely: supernova explosions. In searching for the telltale signals of supernova blasts within the galaxy’s long, curved arms, the team spotted a brilliant X-ray source that had appeared essentially out of nowhere.

The bright flash — seen in the above image as green, in contrast to the blue supernova signals near the top of the frame — wasn’t there just ten days prior, meaning that some incredibly powerful source created it. In follow-up observations using NASA’s Chandra X-ray Observatory, the brilliant flash was once again nowhere to be seen.

“Ten days is a really short amount of time for such a bright object to appear,” Hannah Earnshaw, lead author of the study, said in a statement. “Usually with NuSTAR, we observe more gradual changes over time, and we don’t often observe a source multiple times in quick succession. In this instance, we were fortunate to catch a source changing extremely quickly, which is very exciting.”

So what was it? Well, at a distance of over 22 million light-years from Earth, we may never know for certain. However, the most plausible explanation the researchers have come up with is that the bright beam was produced by a black hole swallowing a star, resulting in a brief but incredibly bright X-ray emission. In any case, it was a rare and exciting sighting.