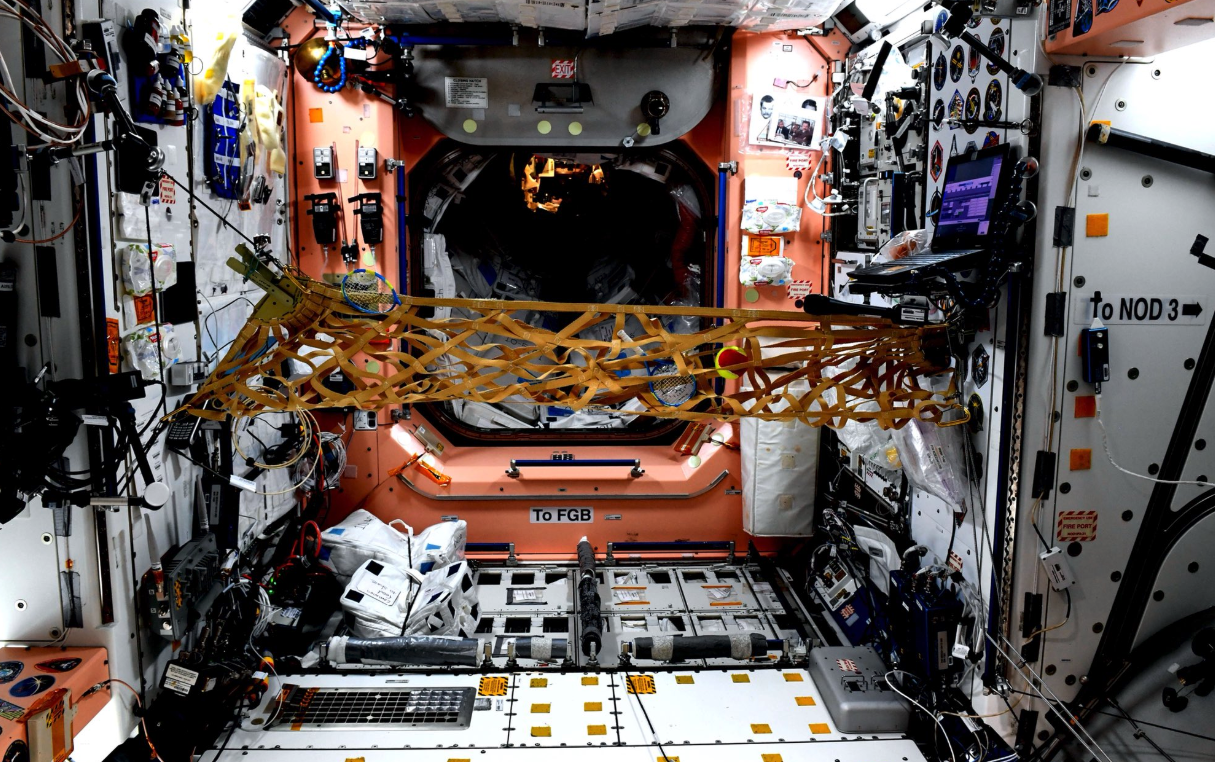 NASA astronauts who take trips to the International Space Station are obviously very dedicated to their work. They live aboard a massive floating laboratory for months on end, surrounded by scientific equipment and various instruments. They live at the office, so to speak, but that doesn’t mean they can’t make time to have a little fun up there, too.

In a first-of-its-kind event, NASA and ESA astronauts will team up to play a game of tennis… in space. The match, a game of zero-gravity doubles, was conceived in partnership with the US Open, and it’s going to be streamed live tonight (Tuesday, August 21st) at 8:30pm EST for all to enjoy.

The high-flying tennis face-off will see NASA’s Andrew Feustel, Ricky Arnold, and Serena Aunon-Chancellor team up with Alexander Gerst of the European Space Agency in a two-on-two match.

It obviously goes without saying, but the International Space Station doesn’t have a module for team sports activities. The typically cramped confines of the space station make a game like tennis difficult, but the crew has repurposed some cargo tie-downs as a tennis net and set it up in one of the roomier areas of the spacecraft.

Watching @Wimbledon on Sunday and it’s getting us fired up for @usopen. Our court on @Space_Station is ready as we prepare for #TennisInSpace with @usta and #NetGeneration. #Wimbeldon pic.twitter.com/QgGrlDGT14

Sure, it’s probably not up to the US Open’s standards, but when you’re cruising through Earth orbit you can’t really head to the local sporting goods store for supplies. It’s all they have, so it’ll have to do.

The match is scheduled for 8:30pm EST and will be streamed live on the US Open’s YouTube page as well as its official Facebook page. The event is scheduled to last around an hour. It’s not clear exactly how scoring works in zero gravity, but we’ll have to wait for the official rules once the live stream begins.