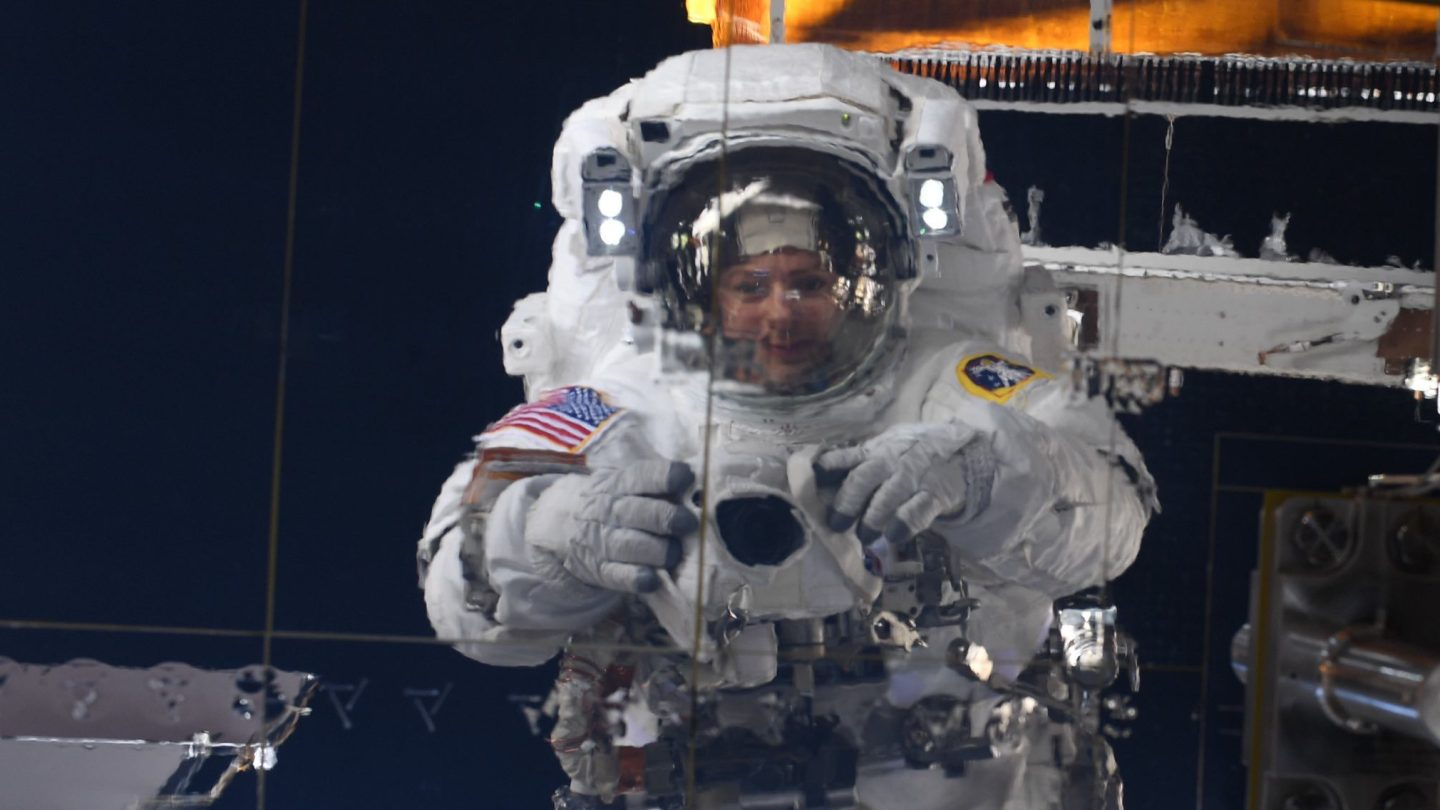 Being chosen to take part in a mission aboard the International Space Station is an incredible honor. Only an impossibly small fraction of humans have ever traveled to space, and fewer than 250 people have ever traveled to the International Space Station. These days, the select few who live aboard the ISS often take celebratory selfies, and NASA’s Jessica Meir is no different.

If we’re ranking space station selfies, Meir’s latest has to be at the top of the list. Any selfie taken in space is special, but what makes Meir’s latest snapshot so incredible is that it was taken during a spacewalk, using a very special “mirror.”

Posting her photos on Twitter, Meir wowed her followers with a spacewalk selfie that is hard to beat. There she is, fully decked out in her space survival suit, with the glowing curve of the Earth in the background. it’s an incredible photo that’s made even more awesome when you realize she’s capturing her reflection in one of the space station’s massive solar panels.

Fine, visor up this time – but at least the magnificent Earth still makes an appearance too. All #spacewalk #selfies (and other photos) made possible with a Nikon D5 with a 28 mm lens in a protective housing (visible in center of 2nd photo). #SelfieSunday pic.twitter.com/AlmUjvCWDj

The photo is just plain awesome, and there’s a lot to take in here. It’s particularly neat to see the space station’s solar array up close, and we don’t often get to see how incredibly reflective it is in photos and video feeds from outside the space station.

As Meir notes in the tweet accompanying her photos, the camera used to shoot the images is a Nikon D5, but it’s no ordinary photography tool. The camera is protected from the conditions of space by a special “protective housing.” It’s a specially-designed accessory and you wouldn’t be able to pick one up at your local photography shop, but we’re glad it exists if it facilitates glorious photos like this.

Meir has had quite an incredible stay aboard the International Space Station thus far, and she participated in the first all-female spacewalk back in October alongside fellow NASA astronaut Christina Koch, She’s now spent nearly a full day outside the space station since arriving in late September 2019.