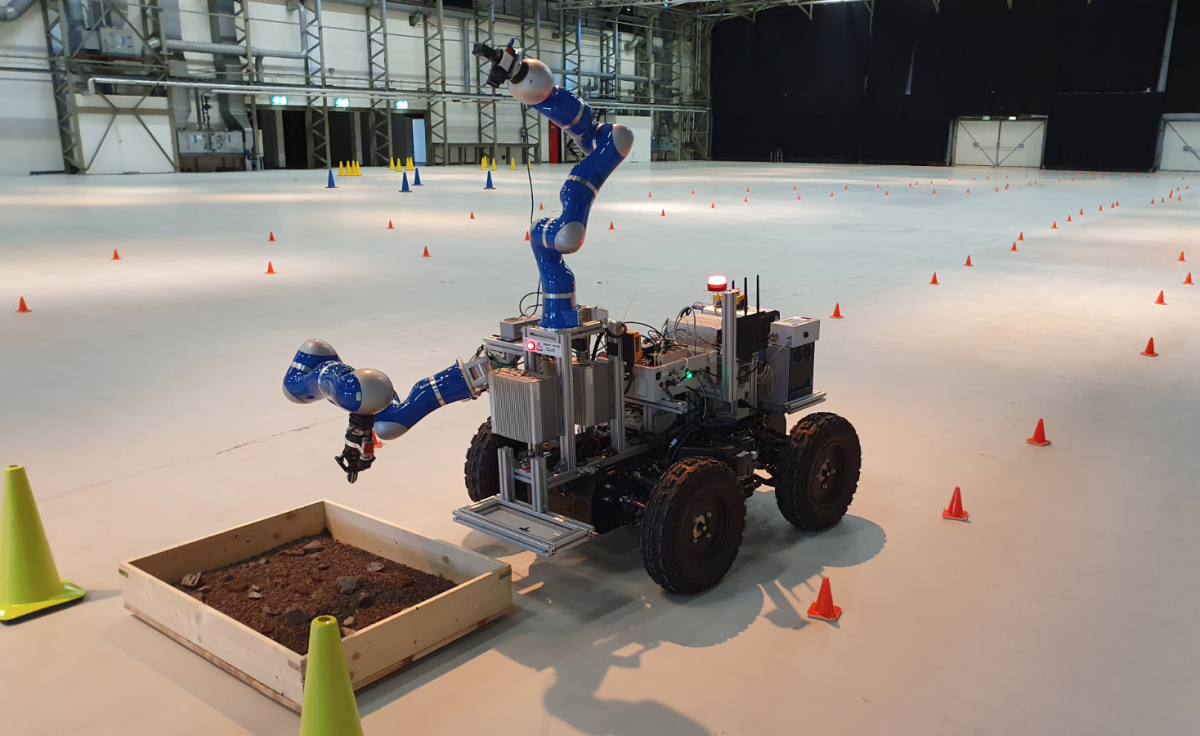 When you’re a kid, few toys are as cool as radio-controlled vehicles. There’s just something awesome about piloting a tiny vehicle from afar, and even as an adult, it can quickly put a smile on your face. Luca Parmitano, a European Space Agency astronaut, will soon have the privilege of remotely controlling a particularly high-tech vehicle, and he’s going to do it from space.

Parmitano, who is currently serving as commander of Expedition 61 aboard the International Space Station, will be participating in an experiment called ANALOG-1, which will task him with controlling robotic rover back on Earth. Yeah, it’s just as cool as it sounds.

The rover, which will be set up on a sort of test track inside a large warehouse, is equipped with a robotic arm that allows it to manipulate objects. When the controls are handed off to Parmitano, he will be testing the feasibility of controlling such a vehicle from orbit.

Test-driving a lunar robot from @Space_Station! In an @esa experiment, @astro_luca and scientists on the ground will work together with new technologies to guide the rover. This approach could be used for future exploration of the solar system. Details: https://t.co/xVDyj4JeqX pic.twitter.com/kOr887r0tV

Rovers like the kind NASA has on Mars right now are incredible machines capable of some impressive feats, but controlling them from afar is still a challenge. The delay between when commands are sent and when the rover finally carries them out can be lengthy, and it’s not terribly efficient. The idea behind the ANALOG-1 experiment is that, in the not-so-distant future, human travelers could be shot into orbit around nearby worlds, deploying robotic rovers and then controlling them remotely from orbit, making it easier and faster to explore those planets.

“A number of space agencies have looked at such a scenario for the exploration of planetary bodies – particularly for Mars,” the ESA’s William Carey said in a statement. “The approach could greatly increase the scientific return on those missions, as well as offer a way to avoid potential contamination from humans landing on the surface before we can answer questions about existing or previous life on Mars.”