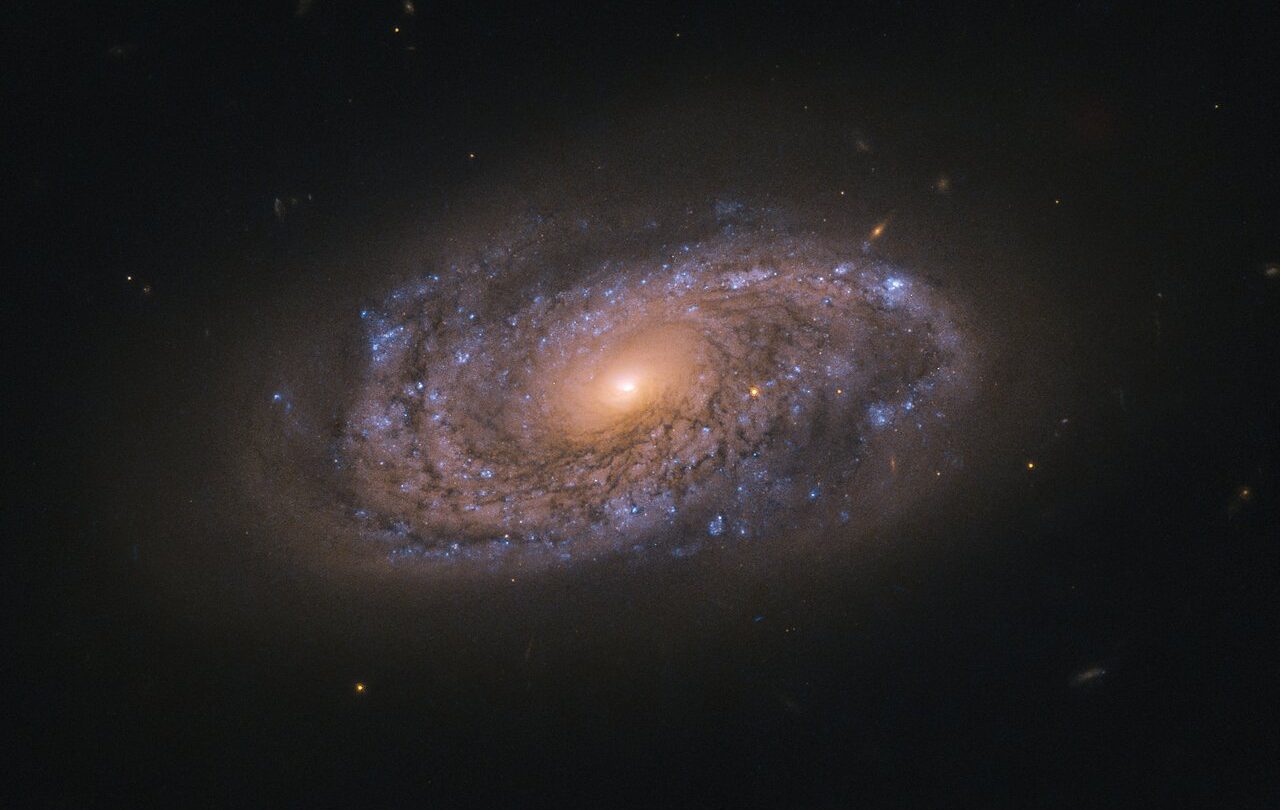 NASA and the ESA’s Hubble Space Telescope is one of the most trusty tools in astronomy. It’s been surveying the skies for nearly three decades now, beaming back some truly glorious images of the cosmos. One of its latest targets is a large spiral galaxy known as NGC 2906 which sits roughly 145 million light-years from Earth, but even at that incredible distance, Hubble can see some of the galaxy’s glorious details.

In the photo above we are treated to a variety of colors, from the orange central region and bold white core to the brilliant blue dots and smears surrounding the outer edges. Each of these colors represents something, and astronomers can get a good idea of what a galaxy is made of simply by seeing the colors it is displaying from afar.

Galaxies are born, live, and die just like the stars that fill them, and incredibly old galaxies are packed with orange and red hues hinting at huge numbers of older, cooler stars. By contrast, brightly colored galaxies like NGC 2906 still have plenty of life left.

“The blue speckles seen scattered across this galaxy are massive young stars, which emit hot, blue-tinged radiation as they burn through their fuel at an immense rate,” the Hubble team explains. “The swathes of orange are a mix of older stars that have swollen and cooled, and low-mass stars that were never especially hot to begin with. Owing to their lower temperatures, these stars emit a cooler, reddish, radiation.”

At such an incredible distance from our own solar system, we can’t even begin to dream of visiting NGC 2906, but that doesn’t mean there aren’t things it can teach astronomers. Observing such galaxies gives researchers a better idea of the age of certain regions of space, and helps us to understand the processes that are constantly shaping, destroying, and reshaping the cosmos.

It’s all thanks to Hubble that we are treated to such gorgeous glimpses into deep space, and while there are other telescopes at work around the Earth — and the oft-delayed James Webb Space Telescope waiting for time to shine — Hubble has proven itself as one of the most valuable instruments in NASA’s arsenal.

The spacecraft launched way back in 1990 and has undergone a number of updates during its decades in space. With nearly 30 years under its belt, you’d think the spacecraft might be nearing the end of its mission, but that’s not the case. NASA and the European Space Agency have said that they expect that Hubble could remain a vital tool for scientists well into the 2030s and perhaps even into 2040.