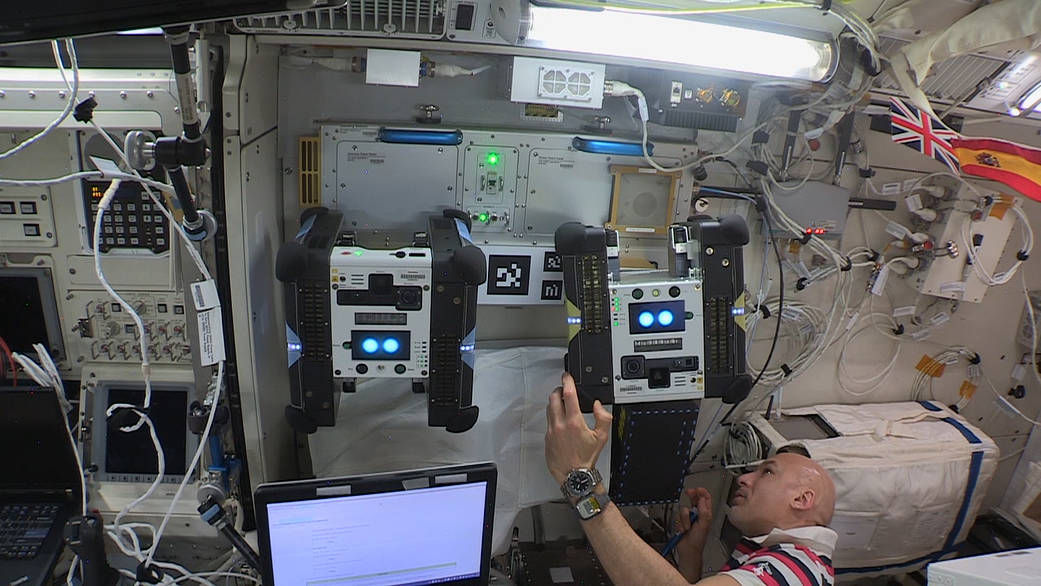 The International Space Station typically plays host to a crew of six space-faring scientists at a time. During crew changes that number can be temporarily higher or lower, but there are almost always six humans aboard the spacecraft at any given time. The robot population of the orbiting laboratory, on the other hand, is steadily climbing.

Back in May, NASA unboxed an AI-powered robot capable of navigating in zero gravity. The boxy bot was an “Astrobee,” and after half a year hovering in space, NASA just unleashed its twin. The new robot, named Honey, learned a lot from its companion, Bumble, including mapping data it had gathered that should give Honey a leg up in navigating the interior of the space station.

The idea behind the Astrobee program is to test the feasibility of using AI-powered robots to perform various tasks and aid astronauts as they carry out their daily duties. Ultimately, NASA envisions a future where autonomous robots are tasked with performing maintenance on spacecraft like the ISS, but we’re not quite there yet.

The first hurdles that NASA has to tackle are ensuring that tiny robots can make their way around a living space on their own. The Astrobee bots are equipped with fans that they use to push themselves along, and when they get low on power, they automatically navigate back to their charging dock.

Going forward, Bumble and Honey will be joined by a third robot sooner rather than later. The third Astrobee, named Queen, arrived at the space station this summer and will be booted up at some point in the coming months.

In late 2018, the European Space Agency sent its own AI bot to the ISS. The disc-shaped electronic assistant was named CIMON, and it was tested as a voice-activated helper and reminder-bot. Spaceflight can take a serious toll on everyone, though, and CIMON had some emotional issues shortly after being activated.