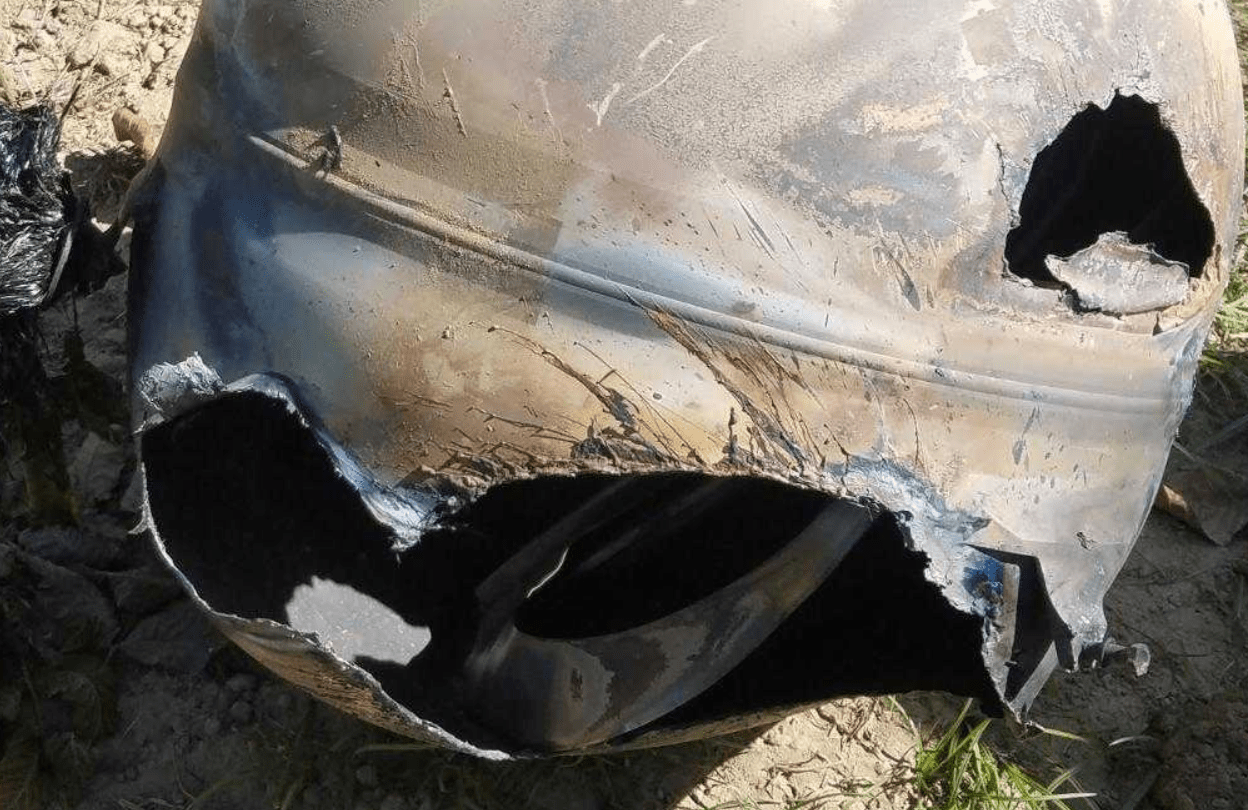 When a farmer in Hanford, California took a casual stroll out to his walnut orchard recently, the last thing he expected to find was a piece of space junk. But that’s precisely what he got. There, amongst the trees, was a large hunk of mangled metal, charred and scrapped as though it had been through Hell.

Indeed, the object had endured incredible heat and destructive forces, but not from the underworld. The dome-shaped chunk was actually a piece of space junk, having made it all the way to the ground despite the intense friction it faced in the atmosphere. After a bit of searching, it has now been identified.

According to local news reports, the farmer contacted his local sheriff’s department to aid him in figuring out what the object was. Law enforcement examined the strange item but had little clue, so they eventually reached out to nearby Vandenberg Air Force Base, which was able to identify it as a fuel tank from a satellite.

The satellite’s owner, Iridium, confirmed that it was indeed a component of their spacecraft, and more specifically it was a piece of the defunct Iridium Satellite #70, which had been in orbit for two decades. As with all satellites, the spacecraft eventually reentered Earth’s atmosphere, where it was expected to be completely destroyed.

Somehow, this rather large piece of the spacecraft managed to survive the intense inferno and tumbled all the way down to an unsuspecting farmer’s walnut orchard. Iridium has many, many satellites in orbit that it uses for its massive communications network, but this is the first piece of one of the company’s spacecraft to survive reentry and be recovered. The fuel tank was reportedly handed over to Iridium who will examine it and, presumably, try to figure out why it didn’t burn up in the atmosphere.