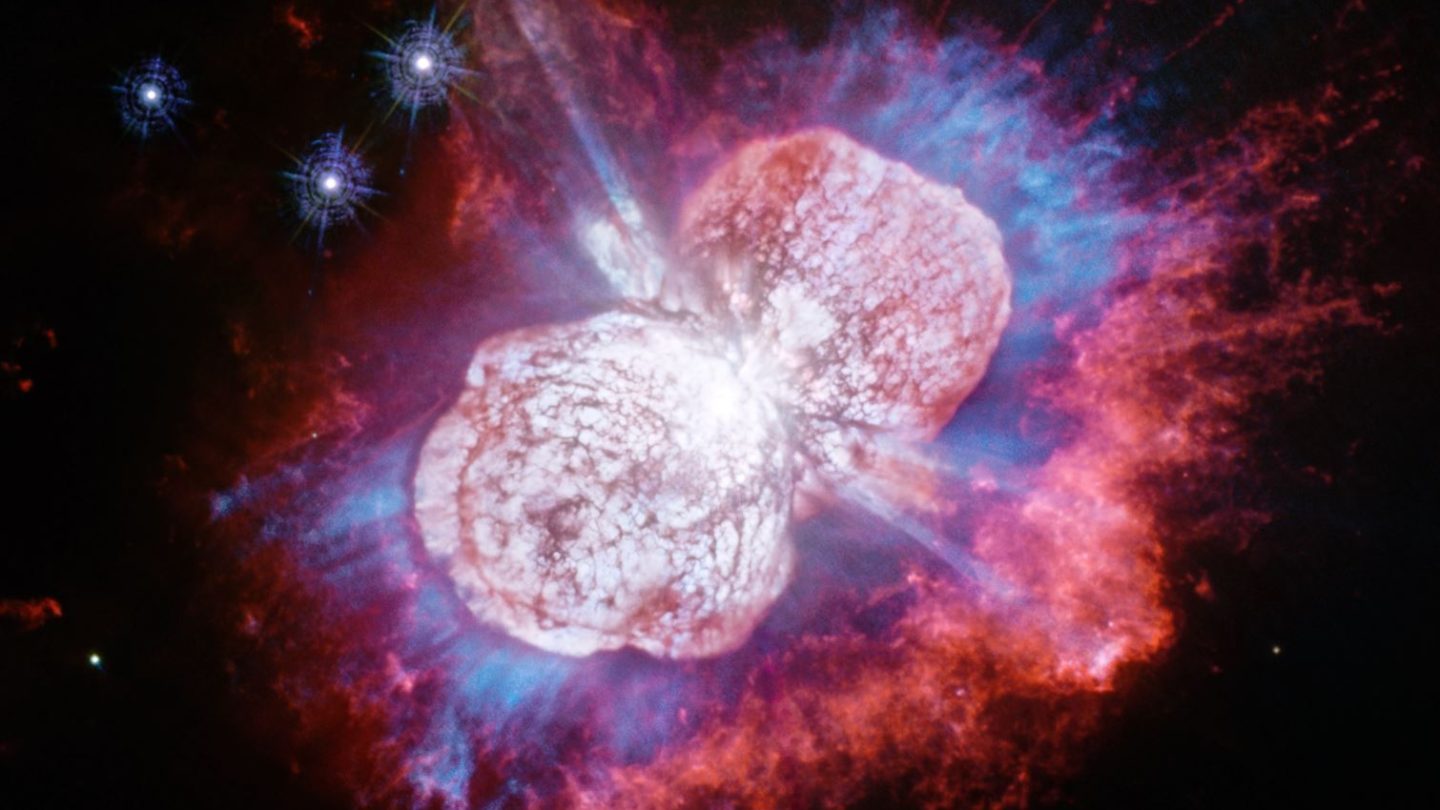 With Independence Day rapidly approaching, people across the United States are stocking up on low-grade explosives, just as they do every year. But while your neighborhood will likely be filled with tiny tubes spewing sparks and firecrackers that ensure nobody gets a good night’s sleep, NASA’s Hubble is enjoying the sight of a very different kind of firework show.

In a new blog post, NASA shows off some absolutely incredible images of a distant star in the midst of a violent temper tantrum. Eta Carinae, the star at the heart of the fiery inferno you see above, sits around 7,500 light-years away, but its dramatic outbursts are easily seen by Hubble.

According to NASA, the star began acting up way back in the 1840s, which is when astronomers first observe its intense eruption. The blast was so large and bright that Eta Carinae became the second-brightest star visible from Earth for over a decade, NASA says.

It has since calmed down a bit, but Hubble’s powerful lens is still able to capture its fiery persona from afar. It’s become a favorite target of Hubble scientists for over two decades.

“We’ve discovered a large amount of warm gas that was ejected in the Great Eruption but hasn’t yet collided with the other material surrounding Eta Carinae,” Nathan Smith, lead investigator of the Hubble program, said in a statement. “Most of the emission is located where we expected to find an empty cavity. This extra material is fast, and it ‘ups the ante’ in terms of the total energy for an already powerful stellar blast.”

At a distance of 7,500 light-years, we’re perfectly safe to watch this intense blast from afar, but the show isn’t over yet. NASA says the star will eventually blow its top completely when it explodes into a supernova, though when that will happen is impossible to predict.