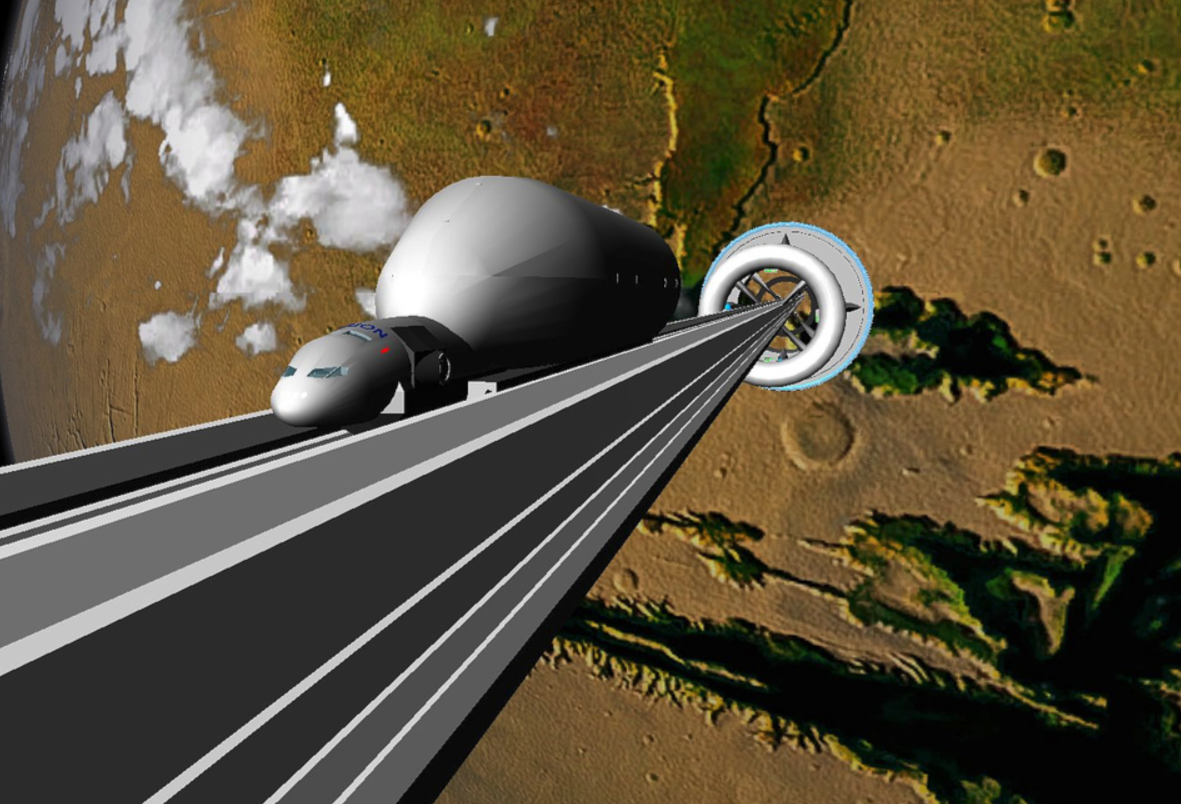 Getting into space can be a tricky thing. Right now, the hardware that can get you there  — a rocket — is complex, pricey, and a bit dangerous. The idea of a space elevator which could haul satellites, instruments, and even astronauts into space without the need for a giant flaming engine has always been a science fiction pipe dream, but one day it might actually be possible.

Later this month, a team of scientists from Japan will send the first space elevator prototype into Earth orbit. There’s a catch, of course: Japan’s tests will be conducted on a miniature scale. Still, this could be the very start of what eventually leads to a much more efficient way of sending things into space.

In a perfect world, a space elevator would offer a continuous ascent from Earth all the way into space. It would be anchored on Earth, ideally near the equator for simplicity, with a second anchor in orbit around the Earth. The elevator would remain perfectly vertical, or at least close enough to it that the elevator would work as intended, and various types of cargo could be brought up to the desired height and then released into Earth orbit.

We’re obviously not there yet, but Japan’s small-scale test is still vitally important. The test will be conducted using a small prototype that will travel between two small satellites. The satellites will be connected via a cable, and the satellites will provide the tension needed to keep the cable straight. The tiny elevator will then move back and forth along the cable, testing the feasibility of “elevator movement” in space conditions.

Building a true space elevator remains a monumental project that, at least at the moment, is hard to even fathom. It would likely need to be an international effort and would cost an incredible amount of money. However, the benefits it could provide may be immense, and using the elevator instead of rockets to send objects into space would be a huge cost savings on the back end.