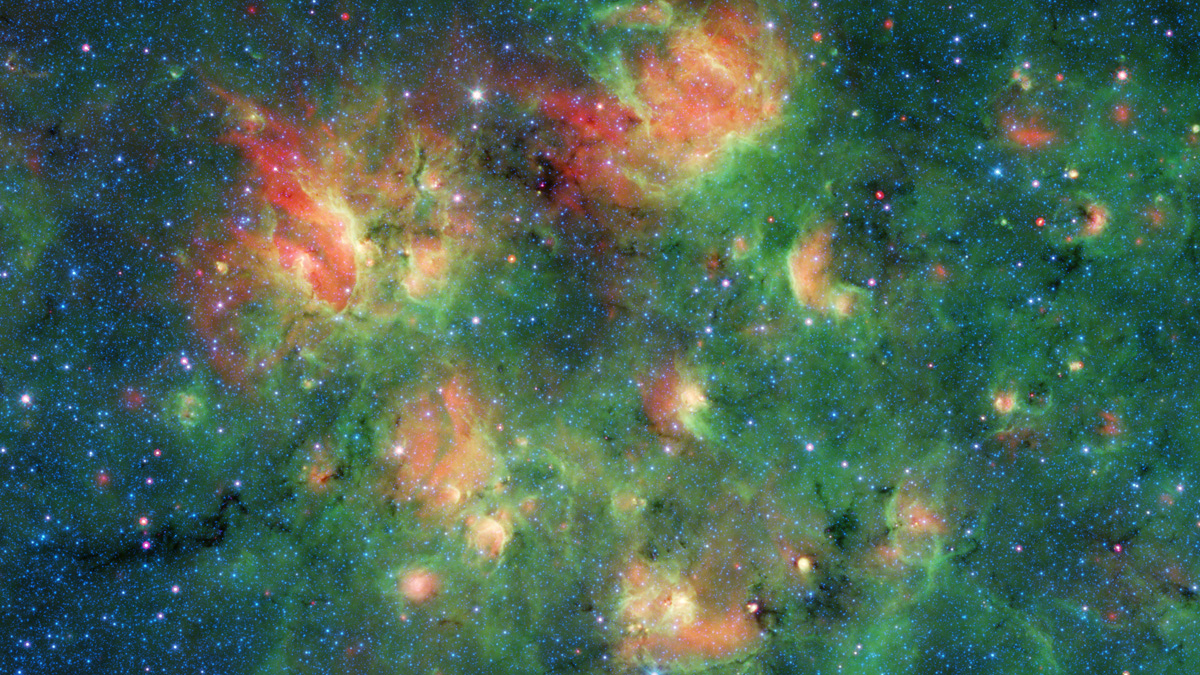 With some of the most powerful imaging tools on Earth at its disposal, NASA and its scientists have captured countless lovely images of the cosmos over the years. Still, some images are undeniably better than others, and this stunning glimpse of a distant collection of star “bubbles” has to be near the top of the list.

As NASA explains, the bright areas of the image are absolutely bursting with star activity. The colorful blobs measure somewhere between 10 to 30 light-years across, and each one is packed with hundreds of thousands of stars, along with a wealth of gas and dust.

The image was captured using NASA’s Spitzer Space Telescope. Unlike Hubble, which often captures its most stunning images in the visible light spectrum, Spitzer gazes at the heavens with infrared sensors that capture light our eyes can’t actually see. This is important because it allows Spitzer to detect sources of light that might otherwise not be visible due to cosmic dust obscuring our view from Earth.

These unique shapes are produced when pressure from star winds pushes warm dust away. They are visible due to the heat radiating off of the dust itself.

As awesome as this image is, it’s just one small piece of a much larger mission called The Milky Way Project. Run by Zooniverse.org, the project is pushed forward by citizen scientists who comb through Spitzer’s publicly available observations and tag features like the bubbles and bow shocks you see above.

Spitzer, which has now been scanning the skies for over 16 years, is rapidly reaching the end of the road. NASA plans to retire the spacecraft in January 2020, but images like this one will live on forever.