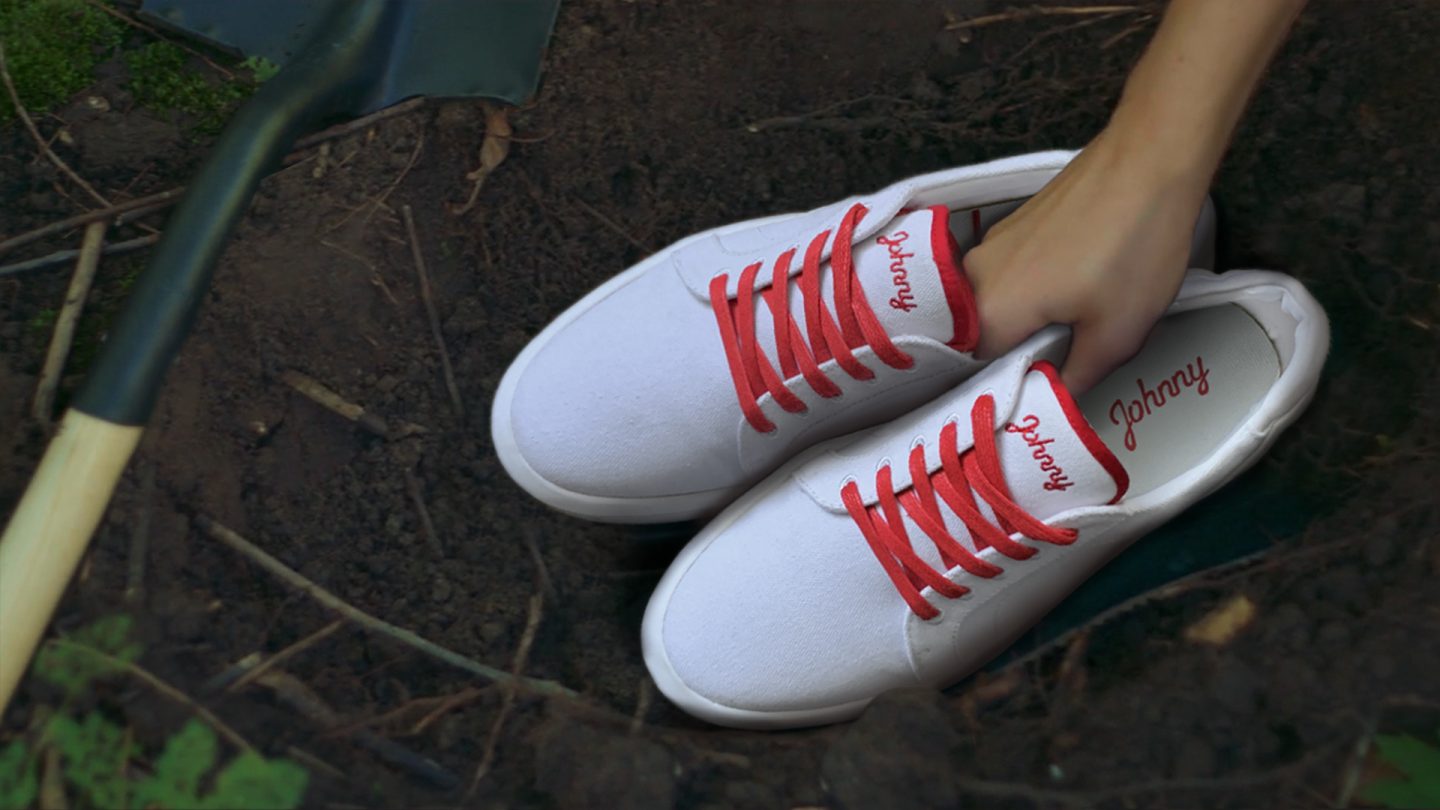 Tired of funding the pollution of the world with every pair of shoes you buy? A Canadian designer has made a pair of biodegradable shoes you can bury after they wear out. The kicker? They have an apple seed inside of them and you can plant them in the ground after you’re done with them.

It’s a novel idea and one that saw quite a bit of success in its Kickstarter. They’re the first biodegradable shoes in the world, too. While it has some interesting perks, it just looks like a normal pair of canvas shoes on the outside.

Biodegradable shoes let you look stylish while helping the planet

The plastic pollution problem has continued to grow, but these new shoes could give you another way to fight back. The shoes are named after Johnny Appleseed, the nurseryman largely credited with introducing apple trees to the United States.

The brand was created by Luc Houle, a Canadian designer who wanted to take the idea of sustainable sneakers to a new level. Houle ran a Kickstarter for the shoes throughout November, and it ended on November 26 with $73,022 pledged to the project, and a total of 446 backers.

The shoes include a slew of perks, including the compound that makes them biodegradable. Houle says that you don’t have to worry about them degrading on your feet, though, as the compound only activates after prolonged exposure to the underground environment.

Why they make shoes with an apple seed inside them

Houle created Johnny Footwear as a way to fight back against the plastic pollution caused by the shoe industry. The components used to make shoes comfortable take up to 1,000 years to degrade in the environment. Some plastics can take even longer, especially in the ocean. This adds to the overall pollution level that the planet is suffering from.

The primary goal that Houle set out to achieve was cutting down on the number of plastics polluting the Earth. The solution? A pair of shoes that biodegrade in three years, versus the 1,000 years it takes plastic.

But Johnny Footwear didn’t stop at making a biodegradable shoe. These canvas shoes also include several benefits. A cork insole helps to naturally fight against foot odors, while a built-in collapsible heel removes the need to untie your shoes when you want to put them on. A coat of beeswax on the exterior of the shoes provides water resistance to help keep your feet dry. Johnny Footwear has also promised to plant a tree for every pair of shoes that it sells.

If you missed out on the Kickstarter, you can still preorder a pair right now. Currently, they only offer the Johnny Classic Lo, and they retail for $125. They’re available in both black and white, so you can choose a color that fits your wardrobe.