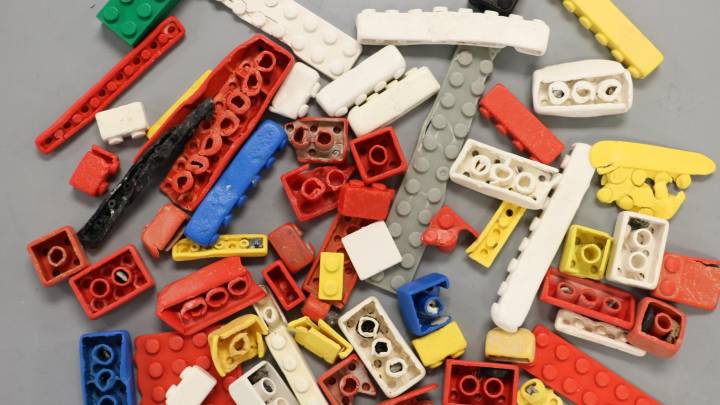 LEGO bricks last for centuries if discarded into the ocean, contaminating the environment for generations upon generations of sea life. That’s according to a new study led by researchers at the University of Plymouth and published in the journal Environmental Pollution. The chunky, colorful plastic blocks wash ashore on beaches regularly, and now science tells us how long they can survive in Earth’s oceans.

According to the researchers, and based on the study of LEGO bricks that have already spent years in the ocean before ending up on beaches, the toys could last up to 1,300 years before fully breaking down.

Everyone loves LEGO building blocks — unless you accidentally step on one in the middle of the night, of course — but they are a total nightmare when it comes to pollution. They’re small, made of extremely durable plastic, and can be easily lost. Because of this, they often end up in the ocean. Once there, they can endure for a very, very long time.

“LEGO is one of the most popular children’s toys in history and part of its appeal has always been its durability,” Dr. Andrew Turner, lead author of the study, said in a statement. “It is specifically designed to be played with and handled, so it may not be especially surprising that despite potentially being in the sea for decades it isn’t significantly worn down. However, the full extent of its durability was even a surprise to us.”

For their study, the researchers involved in the study collected discarded LEGO bricks that were found on the coasts of England. Local environmental groups, including the LEGO Lost At Sea Project, have amassed a large and troubling collection of thousands of LEGO pieces that were found on beaches. It’s unclear exactly how LEGO bits so often end up in the ocean, though it’s not hard to imagine the tiny plastic toys are brought along by youngsters during beach outings and then left behind or lost.

A total of 50 LEGO pieces that washed ashore were studied by the scientists. The researchers examined the extent to which the bricks had broken down, weighing them and measuring them to determine how much mass each brick had lost over time. Those bricks were then compared to undamaged pieces believed to have been produced at around the same time. Ultimately, the team determined that the bricks could last for a minimum of 100 years in the ocean, but possibly as long as 1,300.

“The pieces we tested had smoothed and discolored, with some of the structures having fractured and fragmented, suggesting that as well as pieces remaining intact they might also break down into microplastics,” Turner warns. “It once again emphasizes the importance of people disposing of used items properly to ensure they do not pose potential problems for the environment.”