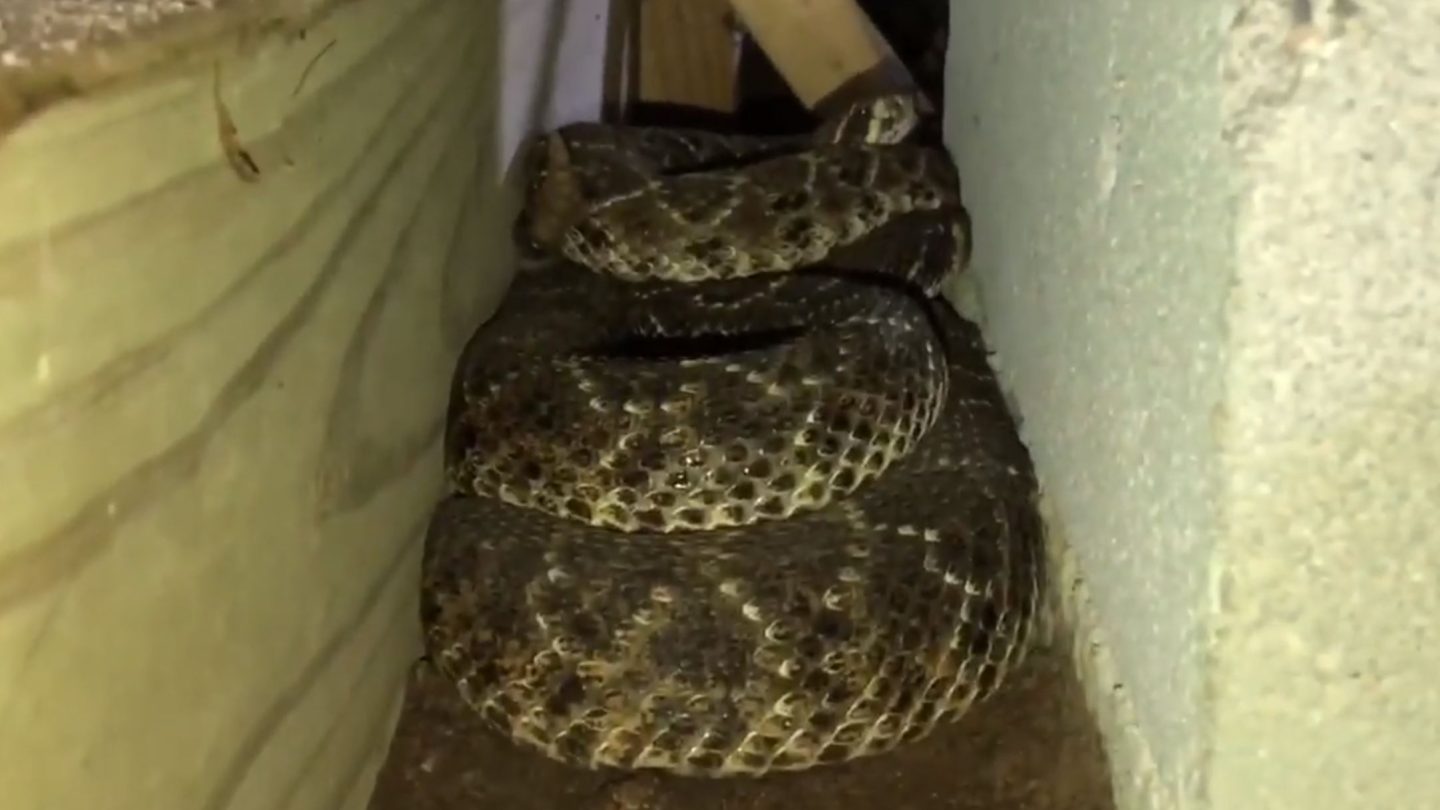 It takes a special kind of person to make a career out of removing deadly creatures from people’s homes. That’s exactly what Nathan Hawkins, owner of Big Country Snake Removal, has chosen to do with his life, but even he couldn’t have been prepared for what he saw when he arrived at a Texas home whose owner had complained of a “few” snakes taking up residence below his abode.

Upon closer inspection, Big Country Snake Removal quickly realized that the problem was a bit larger than the owner had assumed, and after the crew was done, a total of 45 of the venomous reptiles were removed from the home. Thankfully the entire process was documented on video.

At 18 minutes long the video, which was posted on Facebook, covers the initial inspection and subsequent removal of many of the snakes, along with commentary explaining how things are proceeding.

When the video first begins it’s clear just how serious the infestation is, with snakes sitting in every corner of the underside of the house. But as intimidating as this might look to the rest of us, the experts seemed fairly casual about the whole thing, With Hawkins even telling the Washington Post that “it was just another day, honestly.”

When removing the snakes, the crew takes a clinical approach, removing one snake at a time and attempting to prevent the rest from becoming agitated. As you can see in the video, that strategy only works for a little while, and by the time the team manages to remove the last few snakes it’s clear that they’re not happy with the situation.

The guys never appear to be in any serious danger, but I suppose removing deadly snakes from crawl spaces every day rapidly hones your skills.

According to Hawkins the 45-ish snakes that were retrieved from this client’s home pales in comparison to their largest hauls. The highest number of snakes ever removed from a home by the company stands at a mind-boggling 88, he says.