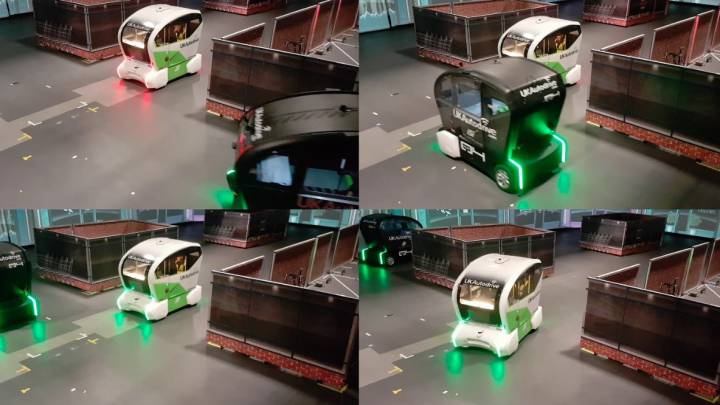 Autonomous cars may very well be our future, but we’re not there yet. Not only is the technology lacking, but many would-be passengers just don’t feel confident in the ability of a machine to get them around safely, even if a self-driving car is better at avoiding accidents than a human driver.

Figuring out how to make passengers feel comfortable and confident in the ability of an AI-powered car to do its job, and do it well, is a major hurdle for automakers, and researchers from the University of Warwick are doing their best to help. In a new study, researchers from the university attempt to determine what type of driving style makes passengers feel most at home when being driven around by a robot.

A total of 43 volunteers took part in the testing, which was conducted in a warehouse with a special course. What the team found was that the trips which maximized efficiency were something of a turnoff, with riders reporting “worrying” behavior like sharp turns and accelerating around corners. The self-driving cars remained in complete control, but the sensation was so foreign to riders that they cited it as a potential issue.

In an interesting development, neither the human or machine style of driving matched what riders expected when handling intersections. The self-driving pods were in communication with other autonomous vehicles on the test track during each trial, and would often allow each other the right of way even when human passengers didn’t believe there was a need to wait. In these cases, the human driving style was seen as inefficient and slow, while the more efficient (and faster) machine style was deemed potentially dangerous to pedestrians.

There’s still clearly a lot of work to be done before we’re all comfortable handing our keys to a computer, but studies like this could help us feel more comfortable once that day finally arrives.